Components in angular are similar to pages in a website. Components are a key feature in angular. They are well optimized as compared to pages because they are lightweight and reusable in nature.

Creating a Component in angular 7:

To create a component in any angular application, the first step is to get in the app directory and then create a new component by ng command on the shell.

The commands are written as:

After the execution of the command, a new folder within the app folder will be formed in the name of the component. 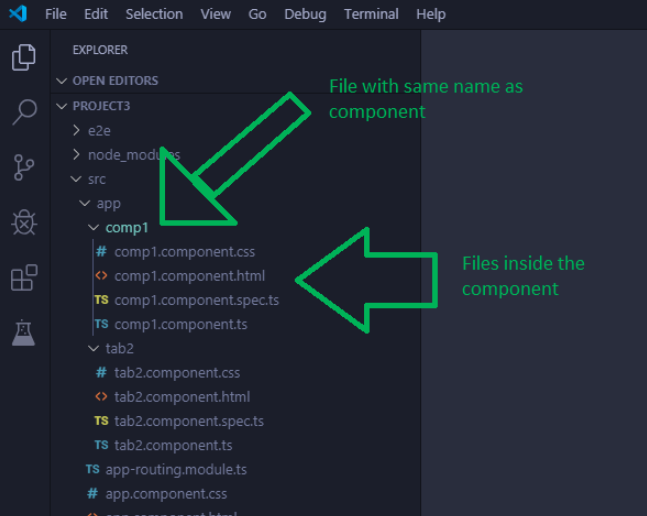 Structure of a new component

Each new component when created consists of 4 files listed as follows (considering comp1 as the name of component):