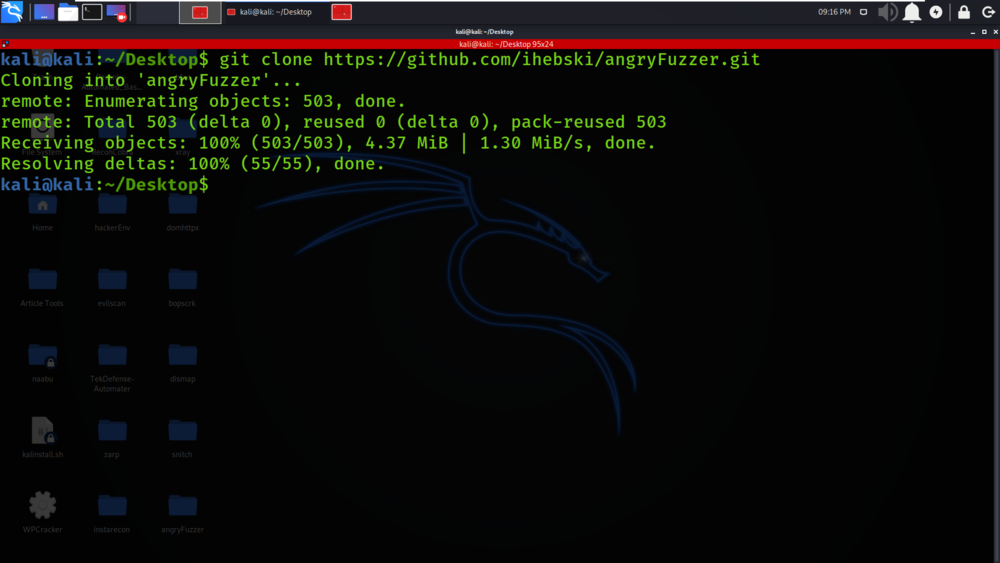 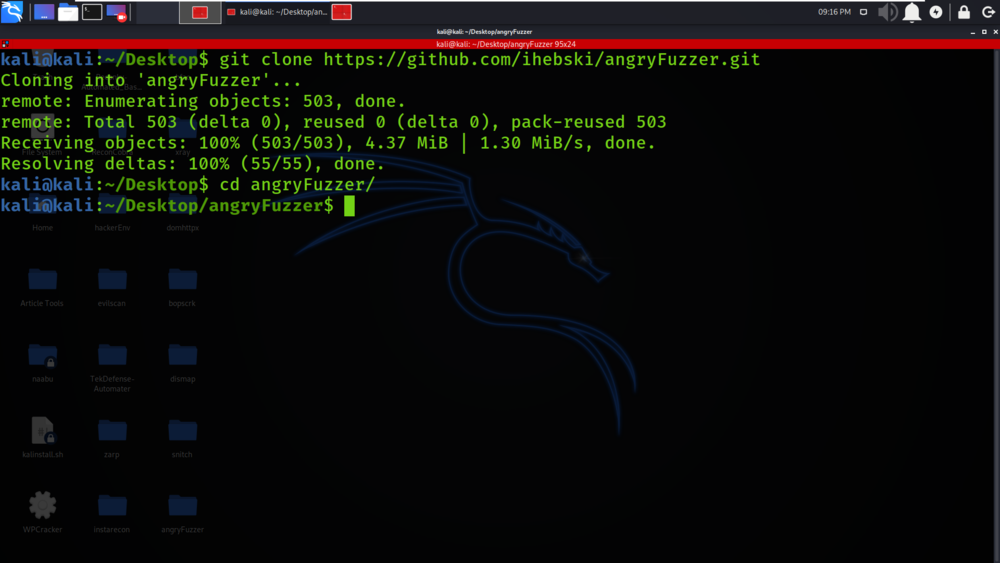 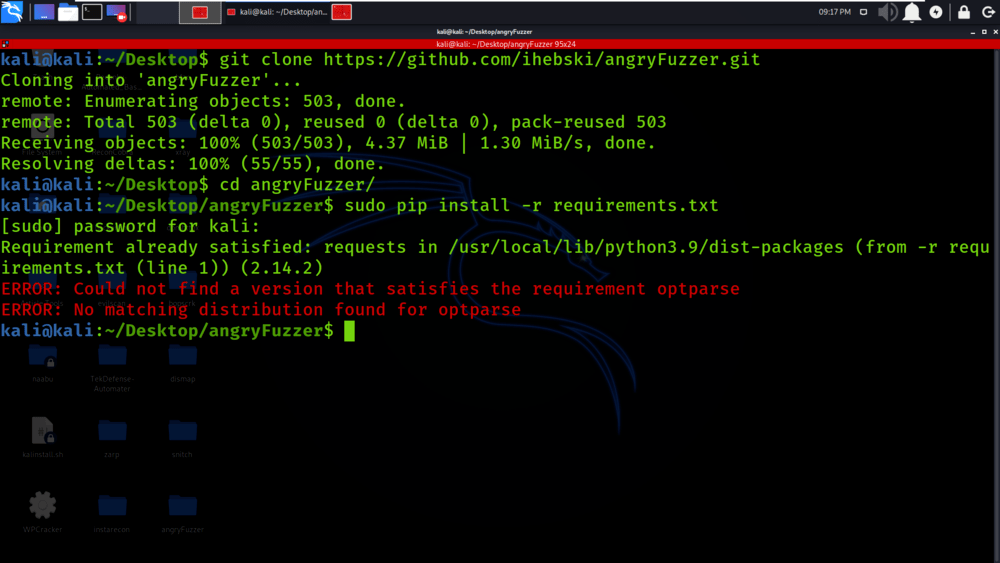 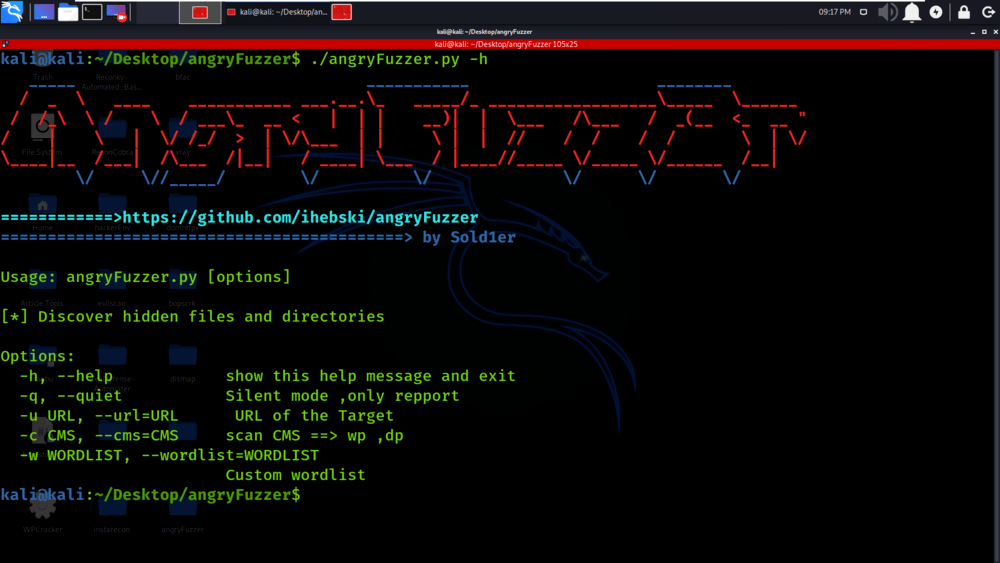 Example 1: Fuzzing an URL with the default dictionary 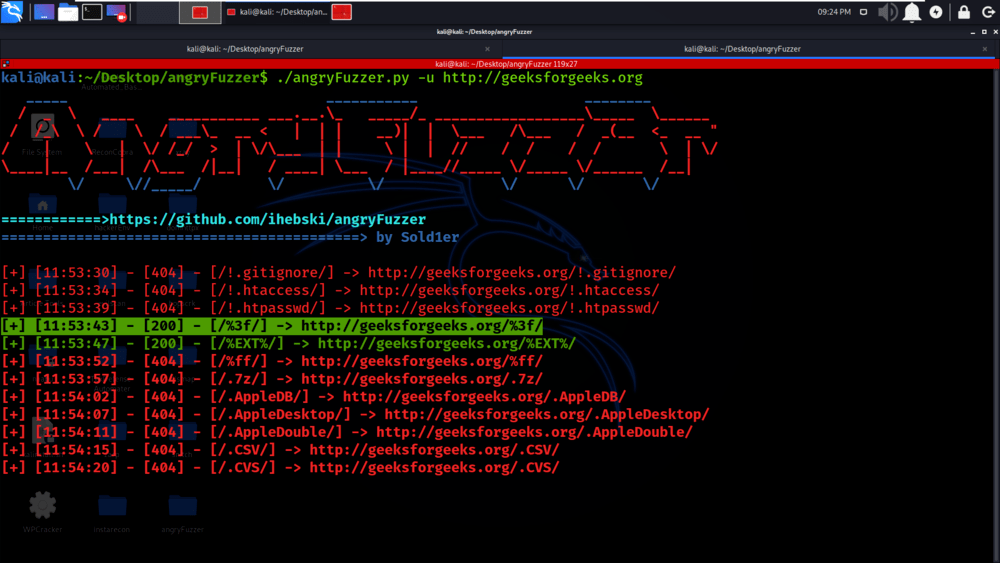 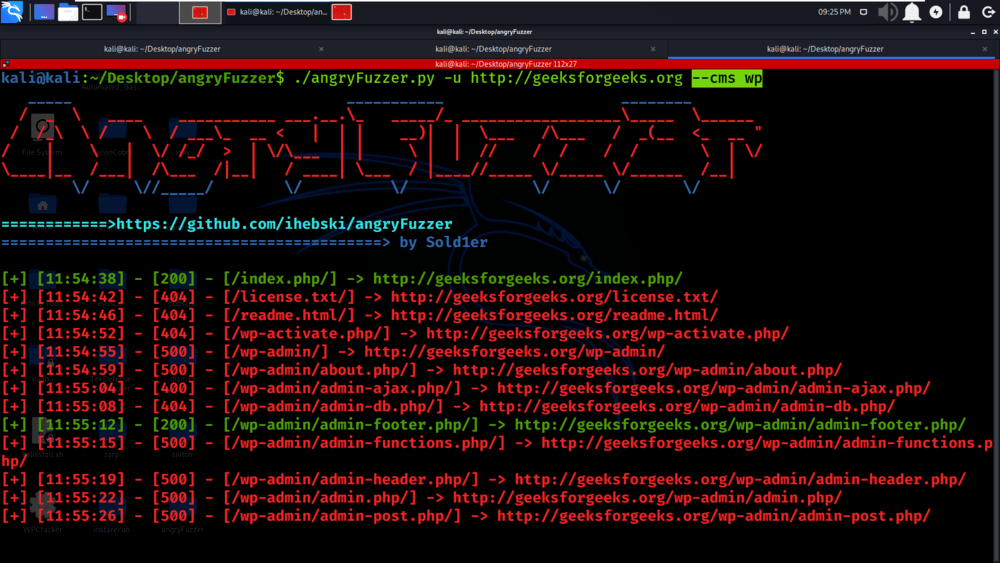 In the below screenshot, we have displayed the contents of the directory-list-2.3-small.txt wordlist file, which we will be using to fuzz the directories from http://geeksforgeeks.org domain. 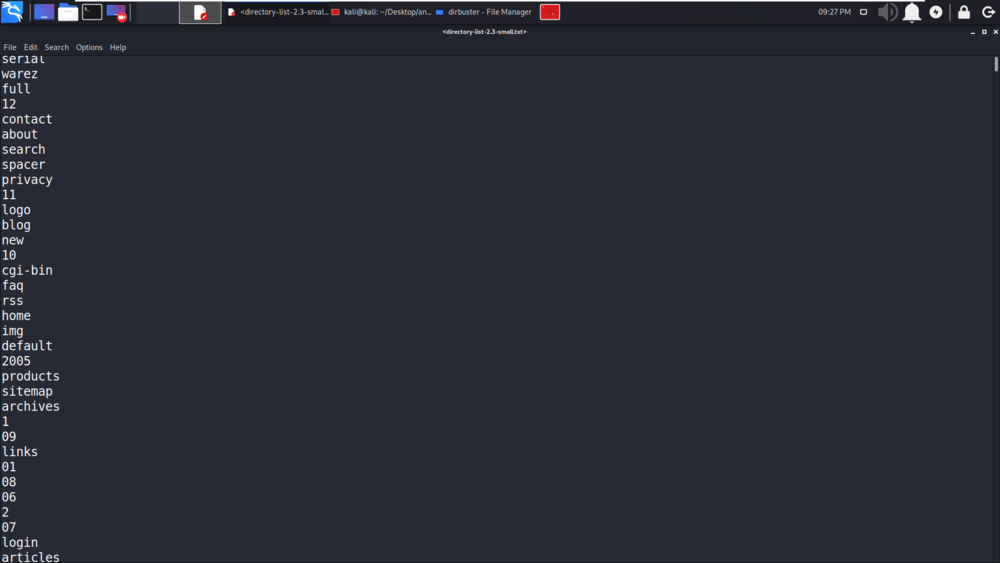 The tool has detected some 200 Response Code directories. 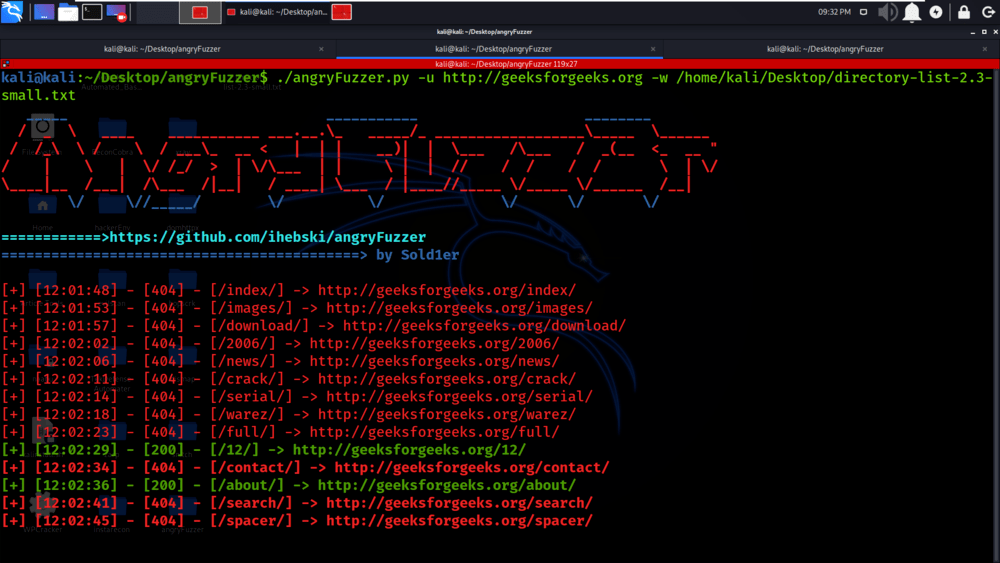