Morris et al. 1986 created a distributed computing environment for use as a campus computer and information system at Carnegie Mellon University (CMU). An AFS is used by businesses to make it easier for AFS client workstations in different locations to access stored server files. It presents a homogeneous, location-independent file namespace to all client workstations via a group of trustworthy servers.  After login onto workstations that communicate inside the Distributed Computing Infrastructure, users exchange data and programs (DCI). The goal is to facilitate large-scale information exchange by reducing client-server communication. This is accomplished by moving whole files between server and client computers and caching them until the servers get a more recent version. An AFS uses a local cache to improve speed and minimize effort in dispersed networks. A server, for example, replies to a workstation request by storing data in the workstation’s local cache.

This file system architecture was largely inspired by the need for scalability. To increase the number of clients a server can service, Venus performs as much work as possible rather than Vice. Vice only keeps the functionalities that are necessary for the file system’s integrity, availability, and security. The servers are set up as a loose confederacy with little connectivity between them. 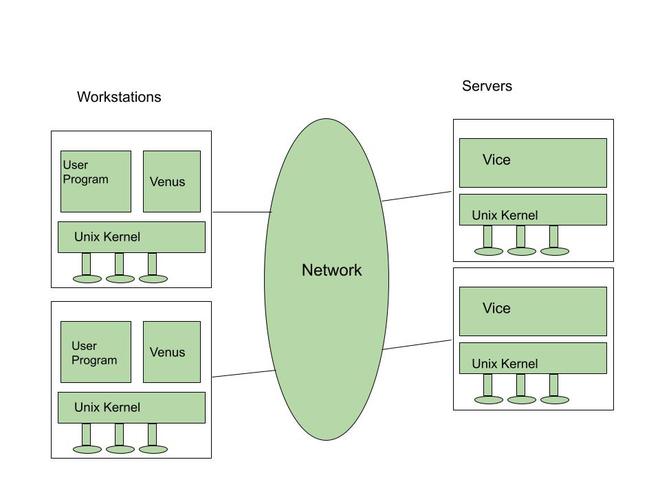 The following are the server and client components used in AFS networks: