All the changes AMPS (Advanced Mobile Phone System) invented by Bell Labs and first installed in the United States in 1982. In all mobile phone system, a geographic region divides up into cells, which is why the devices are sometimes called cell phones.

In AMPS cells they are typically 10 to 20 km across in digital systems the cells are smaller. Each cell uses some set of frequencies not used by any neighbors. The key idea that gives cellular systems for more capacity than previous systems is the use of relatively small cells and the reuse of transmission frequencies in nearby cells. Thus, the cellular design increases the system capacity by at least an order of magnitude, more than cells get smaller. Smaller cells mean that the less power is needed, which leads to smaller and cheaper transmitters and handsets. 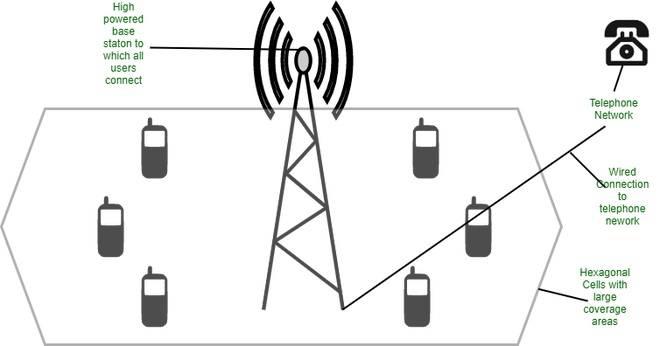