10 Interesting modules in Python to play with

Python is a high level, interpreted and general-purpose dynamic programming language that focuses on code readability. It is used in many organizations as it supports multiple programming paradigms. It also performs automatic memory management. It is one of the world’s most popular, in-demand programming languages. This is for many reasons:

The fact that it can support the vast majority of third-party modules, it acts as a cherry on the cake. There are some quite interesting modules that are considered worthy of sharing with others. In this article, some of the modules are discussed which will come in handy no matter if you are a beginner or a professional. As most of them are third party modules, they don’t come in-built with Python and are needed to install. Installation of third party modules can be seen here.

NOTE: Some of these code may not work in Python 2. Hence I strongly recommend you to try them in Python 3.

This module was created to enable cross-platform copy-pasting in Python which was earlier absent. The pyperclip module has copy() and paste() functions that can send text to and receive text from your computer’s clipboard. Sending the output of your program to the clipboard will make it easy to paste it on an email, word processor, or some other software.

Pyperclip does not come with Python. To install it, follow the directions for installing third party modules. After installing the module, enter the following into IDE:

Of course, if something outside your program changes the clipboard contents, the paste() function will return it. For example, if this sentence is copied to the clipboard and then paste() is called, the output would look like this:

‘For example, if this sentence is copied to the clipboard and then paste() is called, the output would look like this:’

Emojis have become a way to express and to enhance simple boring texts. Now, the same gems can be used in Python programs too. Yes, really! You now have the ultimate power to use emojis in your code. For this, emoji module is needed to be installed.

To upgrade to the latest packages of emojis. Here’s how it can be done:

Use the emoji cheat sheet to find your favorite emoji.
Alternatively, encode() function can be used from emojis module to convert Unicode to emojis:

Hope you try it!

Stuck on a coding problem? Wish to visit StackOverflow without leaving the terminal? With howdoi, you can do it!

Install the howdoi module by:

Or install from Python by:

Ask whatever question you have and it will try it’s best to answer it.

From now, you don’t need to open those browsers for a quick search and get those hefty amounts of ads and distractions. Just howdoi!

And use it as:

If you wish to get a particular number of sentences from the summary, just pass that as an argument to the summary() function:

This can create new types in a fully dynamic way. It’s the same as creating a class but something new which you can show to your friends.

The above code is same as:

Probably not the best module but still worth a try!

Ever wondered what python does under the hood? With the standard library module dis, you can look easily.

The reason this module is here is because this is quite fun! It’s basically an easter egg in Python 3 which is used in Google App Engines. It was added to Google App Engines just as a medium to amuse the users.

And then type this in your IDE to see the magic:

This opens up a page in your web browser which contains a comical abstract of Python developed for your delight. Congratulations! You know have the ability to fly or for now the ability to visit this link https://xkcd.com/353/.

You may have used the sys module before but did you know you could exit your program early using it? We can cause the program to terminate by calling the sys.exit() function. Since this function is in the sys module, firstly, the sys module should be imported. This is not a third party module and comes built-in with Python so there is no need to install it.

If the input is :

The output will be :

Urllib module is the URL handling module for python. It is used to fetch URLs (Uniform Resource Locators). It uses the urlopen function and is able to fetch URLs using a variety of different protocols.

Urllib is a package that collects several modules for working with URLs, such as:

The output would be:

You can also see the coding of the website by using read() function:

Yes, a turtle can be imported. Don’t worry it’s not slow. Turtle is a Python module to draw. It has a huge application and a number of methods which you can learn about in here. But with just a few basics, pretty cool stuff can be done. This module comes built-in with Python so there is no need to install it. 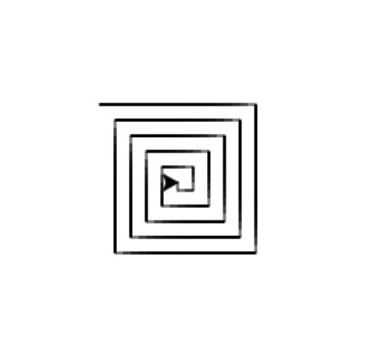