Why is Carbon considered Tetravalent?

Carbon, like hydrogen, oxygen, lead, and any other element in the periodic table, is a chemical element. Carbon is an abundant element. Diamonds and graphite are examples of pure or almost pure carbon, although they may also mix with other elements to form molecules. Humans, animals, plants, trees, and soils all have carbon-based molecules as their basic building components. Some greenhouse gases, such as CO2 and methane, and fossil fuels, which are mostly made up of hydrocarbons, include carbon-based compounds (molecules consisting of hydrogen and carbon).

Carbon dioxide, the most major greenhouse gas created by humans, is usually referred to as “carbon” in the context of climate change. However, this isn’t technically correct. Only when each atom of carbon combines two atoms of oxygen does it become carbon dioxide (hence the chemical formula of carbon dioxide, CO2).

Carbon is one of the most essential elements of the survival of life on Earth. Carbon consists of 0.025 % of the Earth. Although, this amount is less Carbon combines with many different elements and forms a huge number of compounds. Nearly all living and non-living things are made up of Carbon. Carbon has fifteen different isotopes ranging from C-8 to C-22.

Carbon with atomic number 6, has the atomic configuration of 2, 4.  Carbon lies at the starting of Group 14 in the periodic table. Group 14 elements are also called Carbon Family elements. 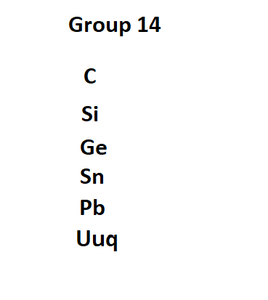 The atomic number 6 (2,4) of the Carbon atom, has four valence electrons, this means that Carbon has a combining capacity of four and has a valency of four. The four unpaired electrons of Carbon combines with four other atoms to form bonds. Carbon and other atoms share electrons to form bonds. To attain stability bond formation to complete octet is very necessary.

Carbon can form Cation with +4 Cation and Anion with -4 Valency. Both of which are unstable. The highly unstable nature of Carbon as Cation and Anion doesn’t support Ionic Bond Formations in Carbon. 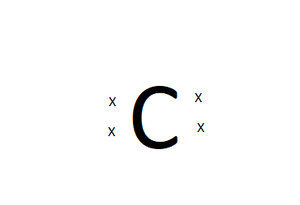 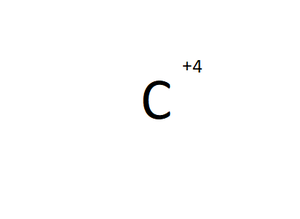 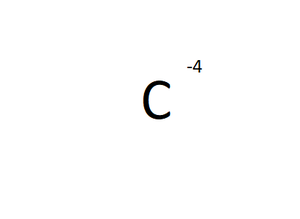 Why is Carbon considered as Tetravalent?

The bond formation which therefore takes place in Carbon is Covalent in Nature.

Covalent bonding is the bond formation that takes place when there is no give or takes of electrons to form noble gas configuration and electrons are shared between two atoms to provide each other stability.

An example of Covalent Bond Formation observed in CO2 between atoms of Carbon and Oxygen is as below: 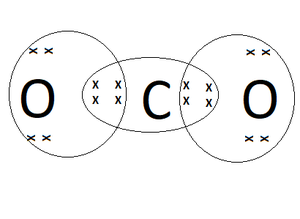 A homologous series is a collection of compounds having comparable chemical characteristics and the same functional group, with the first member varying by −CH2  from the next. The same general formula may be used to describe members of a homologous series.

Question 2: What are the two properties of carbon which lead to the huge number of carbon compounds we see around us?

Carbon has two qualities that lead to a large variety of compounds.

Question 3: What is the atomic number of Carbon?

The atomic number of Carbon is 6

Question 4: Give the shell configuration of the Carbon atom.

The shell configuration of Carbon with atomic number 6 is 1s² 2s² 2p².

Question 5: How many covalent bonds does the Carbon atom make?

My Personal Notes arrow_drop_up
Previous
Find a relation between x and y such that the point (x, y) is equidistant from the points (7, 1) and (3, 5)
Next
Can a radical be negative when the index is even?
Recommended Articles
Page :
Why does Carbon Always Form Covalent Bonds?
10, Oct 21
Why are decimals or fractions not considered whole numbers?
01, Sep 21
Why is tossing a Coin considered to be a fair way of deciding?
05, Dec 21
Colour code for Carbon Resistors
20, Sep 21
Allotropes of Carbon
10, Oct 21
Carbon - Definition, Properties, Occurrence, Applications
08, Nov 21
Some Important Compounds of Carbon and Silicon
18, Nov 21
Chemical Properties of Carbon Compounds
19, Nov 21
Group 14 Elements: The Carbon Family
27, Nov 21
Carbon Resistors - Definition, Working, Uses, Advantages
25, Aug 21
How to set the range that is considered to be a lowest and highest value in HTML5?
24, Mar 21
Is a variable considered a term?
28, Nov 21
Why does sizeof(x++) not increment x in C?
08, Oct 18
Why are elementwise additions much faster in separate loops than in a combined loop?
25, Oct 18
Why does div display:table-row ignore margin ?
18, Jul 21
Why import star in Python is a bad idea
05, Nov 18
Why to check both isset() and !empty() function in PHP ?
20, Dec 18
What is the best way to include CSS file? Why use @import?
11, Feb 19
Why overriding both the global new operator and the class-specific operator is not ambiguous?
08, Apr 19
Why is Java 'write once and run anywhere'?
24, May 19
Why “0” is equal to false in JavaScript ?
27, Jun 19
Why doesn't JavaScript support multithreading?
18, Jul 19
Why error "$ is not defined" occurred in jQuery ?
05, Nov 19
Why require_once() function is so bad to use in PHP ?
15, Nov 19
Article Contributed By :

Complete Interview Preparation
View Details
System Design-Live Classes for Working Professionals
View Details
Data Structures & Algorithms- Self Paced Course
View Details
Most popular in Class 10
Most visited in School Chemistry
We use cookies to ensure you have the best browsing experience on our website. By using our site, you acknowledge that you have read and understood our Cookie Policy & Privacy Policy