Pastejacking is a method or technique that is used by malicious websites to gain the control of a clipboard in a computer and it then changes the clipboard content to some malicious content without permission.

Pastejacking is a very powerful technique for exploiting victims. As the command copied by the victim is changed and any command which may be harmful to the victims’ information, credentials, and private data may be at a risk. 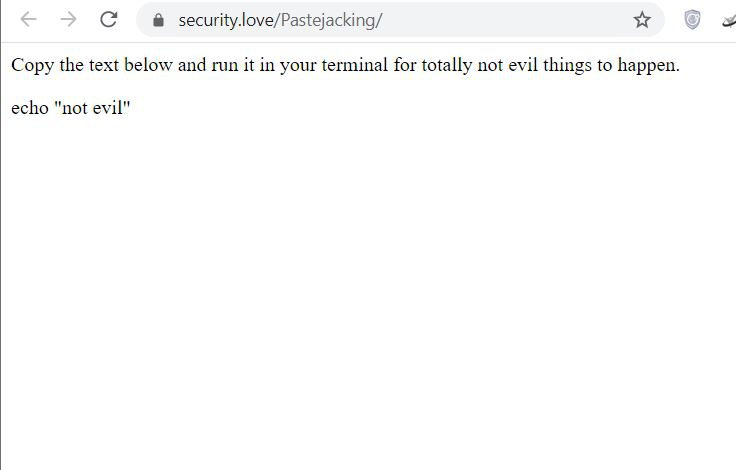 Step 2: When we will copy the code some other code will be copied to the clipboard. 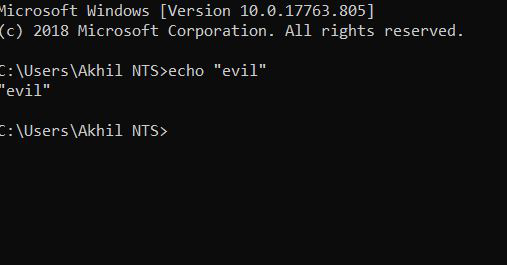 Here we can see the code we copied is different from the code that is copied. You can try the above demonstration on your computer to understand it more.

Let’s say you copied a code that you want to run in a console or command prompt (Ctrl+C) and then paste it to your console window (Ctrl+V) but here is the catch the code you copied is replaced by some malicious code and executes some other harmful code. When you paste the code directly into the console window it automatically executes and Users cannot then select “Yes” or “No”, and the windows command prompt does not ask for the confirmation. In this case, the malicious code automatically runs (Ctrl+V) and if the code is harmful your system security, and data, is at risk.

There is a very simple way to avoid Pastejacking. 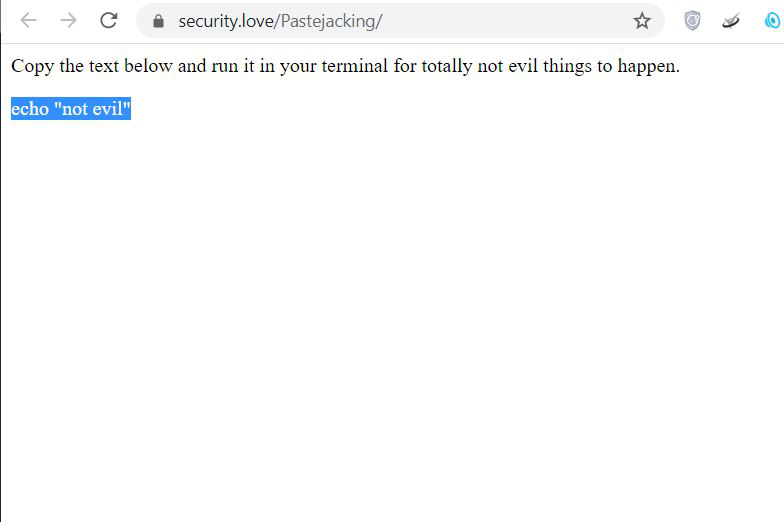 Step 2: Paste it into Notepad first. Instead of pasting it directly to the command prompt paste it first on the notepad to check what is really in the code. 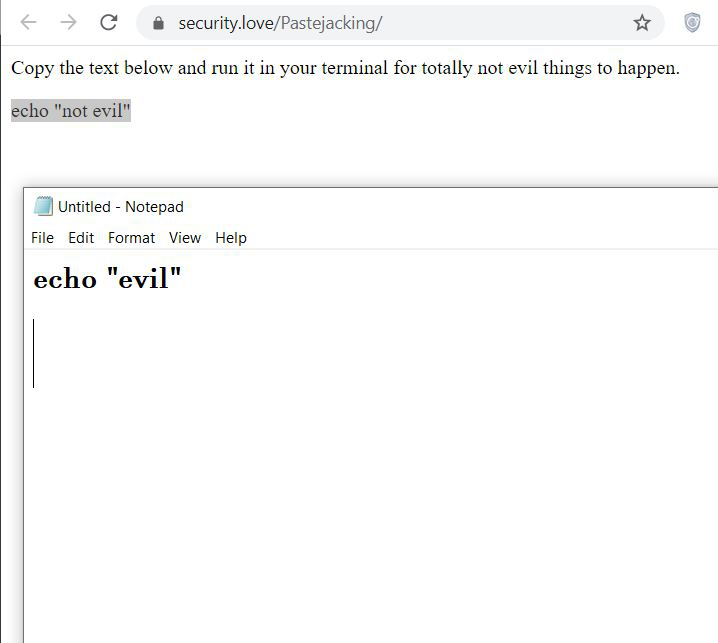