The Spanning Tree Protocol (STP) can empower and impair every one of the switches in a specific region network like LAN (neighborhood) or PAN (individual) region network so the course of trade of data stays flawless and the crossing tree calculation might turn out appropriately for the system’s administration.

There are basically two types of BPDUs: 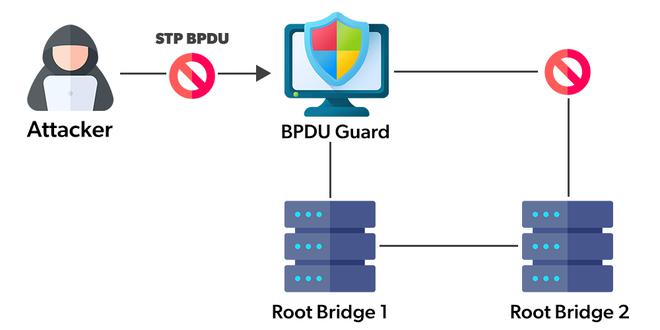 BPDU works in its own way to send a specific information message across the neighborhood for its work for distinguishing the anomalies in the different organization geographies around the framework. It incorporates a switch artist with its need port in it, data of the multitude of different ports and the MAC, IP addresses.

After the information handling is finished, then, at that point, the information is projected towards other organization ports and switches which is then moved to the primary base of the organization. When the root signal in the BPDU receives the message from the sender, it forwards this message to the original receiver by identifying him with the help of his MAC address.

After this, the Bridge Protocol information unit (BPDU) transmits the signal to the Switch Port to enable the message recipient to receive this message by decrypting it with the help of his decryption key.

The Bridge Protocol information unit (BPDU) stores all the important information about the PC like its Switch Port ID and its MAC address for all the computers connected to that network. Also, the address of the original Switch Port and of the adjacent ports are used to identify the credentials of each user of the organization on that network.

Bridge Data Unit Protocol (BPDU) is mostly used for authenticating the messages sent and received across any organization by using their MAC address. Switch Ports in the BPDU helps to apply Spanning Tree Protocol (STP) in order to manage the layers of communication across an organization. It makes an effective plan for the most efficient way of transfer of messages as it uses the Spanning Tree for finding the nearest Switch Port to divert it from the traffic. It is extremely useful in conditions like Broadcast Storm takes place when the entire server is attacked.