What is Adaptive Radiation?

The course of Evolution where new species are delivered from a solitary point and transmit every which way is known as Adaptive radiation. This is conceivable because of regular determination. One of the most widely recognized instances of Adaptive radiation is that of Darwin’s finches, which he tracked down on the Galápagos Islands. He noticed an assortment of birds on the island, which were all framed from solitary seed-eating animal categories which arrived there inadvertently. In this manner because of the different taking care of propensities, birds with an assortment of bills were created. Various birds with a distinction in the accessibility of food created different dietary patterns, which helped them all to make due in that climate.

Adaptive Radiation is the phenomenon that tells how different species are evolved from the parent species. It works on the Darwin Adaptation phenomenon. As the one species, any reason move from one place to another due to different environmental pressure due to which organism adapt to that environment which is the main reason behind the evolving of new spices 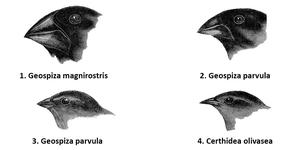 Factors that Lead to the Evolution of Adaptive Radiation 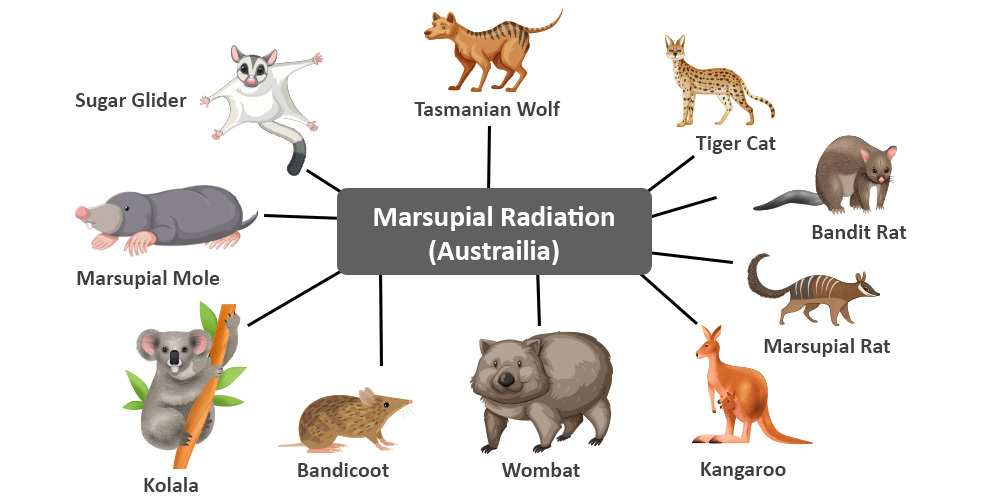 Metropolitan conditions, where biological systems are altogether different from rustic conditions, are now delivering normal hereditary transformations in different plants and creatures. Serotonin carrier quality (SERT) transformations in metropolitan birds decrease levels of nervousness. This in itself isn’t perceptible in that frame of mind of the bird, yet this transformation is related to well-being and endurance-related characteristics, for example, the physiological groundwork for egg-laying and incubating achievement, with a resulting expansion in a generation, and is consequently consistent with the laws of Adaptive radiation. Abiotic obstructions, like high weighty metal substances in soil or water, can cause changes in certain types of plants which increment flavonoid union, as higher flavonoid content increments weighty metal resilience. Seed dispersal in metropolitan plants can likewise be unique in relation to that of similar plants in other, less populated, dirtied, or safeguarded environments. Biotic factors have been recently accepted to be more liable for Adaptive radiation than abiotic ones, however, both can cooperate. As a matter of fact, research lets us know that the hypothesis of Adaptive radiation has become distorted corresponding to our momentum levels of logical information

Example: Adaptive radiation is surrounding us, in each living life form. No life form today is the very same as its unique precursor. A few animal types have changed fundamentally, like the expansion from a solitary animal type into the elephant and the hyrax. One just needs to take a gander at the picture beneath to comprehend how the determination of an alternate natural surrounding or even a comparable territory, yet an alternate decision of diet, can cause enormous physical and physiological changes during the course of Adaptive radiation.

Question 1: What is Adaptive radiation?

Adaptive radiation by and large happens when a creature enters another region and various attributes influence its endurance. This dissimilarity occurs in a moderately short timespan. An illustration of versatile radiation is the improvement of well-evolved creatures after the elimination of dinosaurs.

Question 2: For what reason is Adaptive radiation significant?

Adaptive radiation is a significant cycle throughout the entire existence of life on the planet, and it assists with making sense of how new species appear. By concentrating on the components engaged with versatile radiation, we can acquire a superior comprehension of the powers that drive development and look into the variety of life on our planet.

Question 3. Who proposed the law of Adaptive radiation?

The peculiarity of Adaptive radiation was first seen by Darwin when he ventured out to a spot called Galápagos Island. There he saw that there were finches with various sorts of mouths. In this way, he reasoned that these inches transmitted on a similar island from a solitary progenitor Finch.

Question 4: Is Adaptive radiation a sort of speciation?

The birds are accepted to have gone through Adaptive radiation from a solitary genealogical animal type, developing to fill an assortment with empty natural specialties. Numerous instances of speciation by versatile radiation are found in archipelagoes eliminated from the central area.

Question 5: What are 3 reasons for Adaptive radiation?

As indicated by the naturalists of the principal half of 100 years, Adaptive radiation is the result of three biological cycles: phenotypic separation of populaces by asset-based dissimilar normal determination, phenotypic separation through asset competition (ecological opportunity and unique person