Carcinogen is a chemical substance or a combination of chemical substances which increases the risk of cancer or causes cancer. Carcinogens exist naturally in the environment (like ultraviolet rays in sunlight and certain viruses) or may be produced due to man-made activity (like exhaust from automobiles and smoke from cigarettes). These carcinogens interact with the DNA of the cell and cause mutations by damaging the genome. 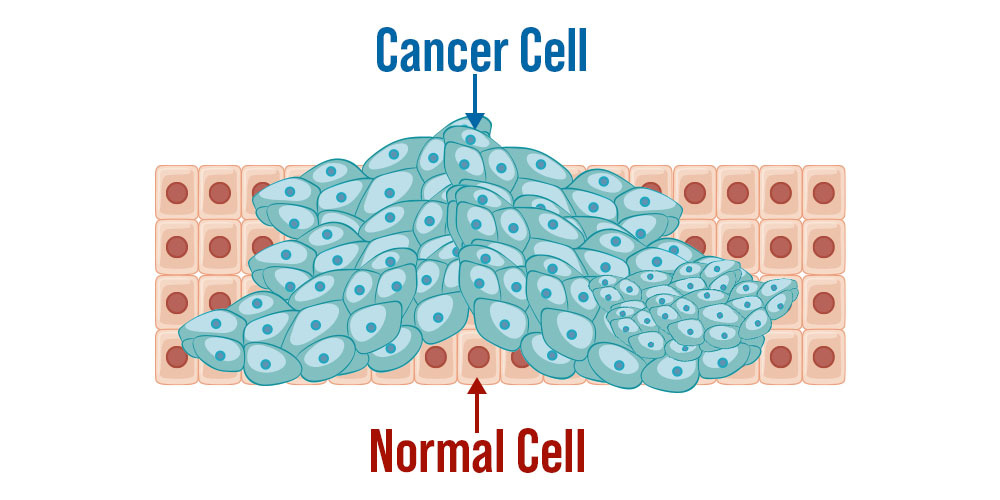 There are three different subcategories of carcinogens are

A good example of a chemical carcinogen is Tobacco smoke which causes cancers related to the lung, head, neck, and urinary bladder It contains various carcinogenic agents like Arsenic, polonium-210, nickel, chromium, cadmium, ethyl carbamate ethylene oxide, formaldehyde, benzene, etc.
Chemical carcinogens after metabolic transformation get converted into electrophiles and interact with nucleophiles like DNA  and proteins which leads to mutations.

DNA damage leads to coding different proteins than normal which causes mutations in proliferating cells, which leads to many changes in the normal cell and makes it different. Evasion of programmed cell death (apoptosis) and autophagy causes cellular proliferation has been suspected to be a factor in increased susceptibility to cancer.

In Neoangiogenesis, new blood vessels grow into a tumor and supply nutrients to it. Agents like arsenic promote or inhibit angiogenesis and will promote or delay tumor growth. 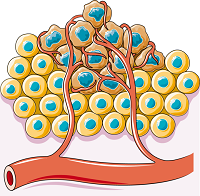 There are various human RNA and DNA viruses that are carcinogenic to humans. These include different types of viruses like hepatitis B virus  (HBV), hepatitis C virus (HCV), human papillomavirus (HPV), Epstein–Barr virus (EBV), and Kaposi sarcoma-associated herpesvirus (KSHV), and HIV-1. These viruses have evolved numerous molecular mechanisms to
disturb specific cellular pathways to cause aberrant replication.

These oncogenic viruses belong to various families, they show various similarities in the development of cancer and involve oncoproteins targeting the major proteins of cell that causes cell growth. These viral effects cause multiple changes in the cells in the target tissue which leads to cancer.

Agents (hormonally active) that show carcinogenicity usually act as ligands through nuclear receptors and in a few cases these act through receptors situated on the surface of the cell.

This activation of receptors is divided into two types:

However, a small part of metabolism causes the formation of highly carcinogenic byproducts. These highly carcinogenic metabolic byproducts are hydrophobic in nature. The aggregate in cell membranes and fatty tissues of the body causes dysfunction and toxicity. Hence, living organisms have evolved to get rid of these foreign carcinogenic substances. The mechanism usually involves the addition of hydroxyl groups to mutagens or carcinogens by enzymatic action, this enhances their polarity nature and increases their water solubility. This leads to their eventual elimination through excretion.

Metabolism is carried out in different tissues of the body, but extensively metabolism occurs in the liver. Different types of detoxifying enzymes participate in this process, but of them, quantitatively ubiquitous cytochrome P450 plays an important role.

There are 20 different cytochrome P450s known to exist in humans. These help in the addition of hydroxyl groups (OH) to various kinds of chemicals. Cytochrome P450 enzymes generally generate the least toxic substances. and they can also form intermediate products which are highly reactive causing carcinogenic effects.

The short term requires a short time to perform the experiments. Few studies in which micro-organisms are used require less than one day, many studies require some days to some weeks and in animals, like mice, it takes 8 to 9 months. These times may be correlated to the more than 3 years needed to complete a bioassay and in epidemiologic studies, it takes months to years to complete.

Due to ethical reasons, chemicals cannot be evaluated for carcinogenicity in humans. A considerable body of experimentally obtained knowledge and the majority of expert opinion supports the conclusion regarding the testing of chemicals in laboratory animals provides dependable information regarding carcinogenicity. Animal tests include complete mammal systems, and even though they are different from one another, all mammals and including humans have many similar biological characteristics.

According to Lilienfeld epidemiology is the study of disease distribution in human populations and the factors responsible for this disease distribution. Epidemiology methods are used for detecting causative agents and circumstances that lead to cancer. epidemiology studies can determine the correlation in populations between exposure to agents causing carcinogenicity, details of lifestyle, and increased risk of cancer.

The personnel working or handling the carcinogens, or the people who are regularly exposed to harmful dust must use precautionary steps to protect themselves from risks caused due to harmful chemicals, rays, or biological agents carcinogens. safety equipment includes

Question 1: What is a Carcinogen?

Carcinogens exists naturally in the environment (like ultraviolet rays in sunlight and certain viruses) or may be produced due to man made activity (like exhaust from automobiles and smoke from cigarette ). These carcinogens interact  with a DNA of cell and causes mutations by damaging the genome.

In Neo-angiogenesis new blood vessels grow into a tumour and supplies nutrients to it. Agents like arsenic promote or inhibit angiogenesis and will promote or delay tumor growth.

Question 3: What is a Genotoxicant?

Carcinogen causes damage to DNA, the cell may or may not convert this damage caused into mutation. An agent that causes DNA damage is  Known as a genotoxicant or a genotoxin, and if the agent also causes mutations in an assay of mutagenicity then it is known as a mutagen.

Question 4: What are the examples of biological agents that are carcinogenic?