Top 3 Best Packages Of Node.js that you should try being a Node.js Developer

Node.js is an open-source and server-side platform built on Google Chrome’s JavaScript Engine (V8 Engine). Node.js has its own package manager called NPM( Node Package Manager) which has very useful and incredible libraries and frameworks that makes our life easier as a developer to work with Node.js.

The 3 Best Packages of Node.js that you should try as a developer are:

Chalk Module: Chalk is used to style the output in your terminal. As a developer, most of our time goes into looking at the terminal to view the success and error messages being logged in the console to make the debugging of our code easier but looking at the terminals plain text most of the time a developer gets bored but if we format the color based upon the success and failure messages then it would make our life easier as a developer. Node.js introduces a package called Chalk which helps us to perform the solution to the problem mentioned above.

After installing the chalk module, you can require it in your file using the following code:

Morgan Module: Morgan is a great logging tool that anyone works with HTTP servers in node. It generally acts as middleware and allows us to easily log requests, errors, and more to the console. It is named after Dexter Morgan who is a fictional character and the antihero protagonist of the Dexter book series.

After installing the chalk module, you can require it in your file using the following code:

As we know that morgan is a middleware, so we are going to use it with an express server which will make the process easier rather than using the built-in http module in Nodejs.

To use morgan, we have a suite of presets, which are plug-and-play in morgan. To use morgan, we write morgan(‘tiny’) according to this case, tiny is the name of the predefined format string that we’re using.

For using morgan with express we require a predefined formatted string, and we can do the following task by using this code:

Create custom tokens using morgan: It can be achieved using the morgan.token(name, function) function. The first argument which we pass is the name of the token and the second argument is a callback function. Morgan will run each time it logs something using the token. Morgan will pass two parameters to the function i.e req and res. We can create the token which displays the domain that the request was sent through.

Express Module: Express is a lightweight web application framework for node.js used to build the back-end of web applications relatively fast and easily. It provided robust routing, and it focuses on high performance. It has super-high test coverage. It also supports 14+ template engines(Handlebars, EJS, etc).

After installing the express module, you can require it in your file using the following code:

My Personal Notes arrow_drop_up
Previous
How to create a Text Input using jQuery Mobile ?
Next
How to save an image to localStorage and display it on the next page?
Recommended Articles
Page :
13 Things You Should Know Before You Enter In Web Development
03, Feb 20
6 Best CSS frameworks You should Know to design Attractive Websites
26, Nov 18
Top 10 Tools That Every Web Developer Must Try Once
07, Jun 20
Top 5 HTML Tricks That You Should Know
02, Mar 20
Top 5 React UI Libraries You Should Explore in 2021
20, Feb 21
Top 5 Skills You Must Know Before You Learn ReactJS
01, Jan 20
10 Things You Should Know As a Web Developer
01, Nov 19
Hide scroll bar, but while still being able to scroll using CSS
16, Nov 18
How to identify which element scroll is being used using JavaScript ?
28, Dec 20
UI vs UX Design : Which Career Option Should You Choose?
07, Jun 19
10 Web Development and Web Design Facts That You Should Know
08, Aug 20
6 Reason You Should be Using AngularJS for Web Development
12, Jan 21
Why You Should Choose React Native?
05, Feb 19
Common Website Navigation Mistakes You Should Avoid
11, Feb 21
Programming For Beginners: 10 Best HTML Coding Practices You Must Know
17, Dec 19
Steps to Create and Publish NPM packages
27, Jan 20
How to Setup Atom Editor with all the required Packages?
27, May 20
How to list npm user-installed packages in Node.js?
01, Feb 21
Difference between try-catch and if-else statements in PHP
09, Jul 20
JavaScript | Errors - Throw and Try to Catch
27, Mar 19
How to display popup message when logged out user try to vote ?
29, Jun 20
Top 7 Best JavaScript Books Recommended by the Professionals
11, Feb 21
Top 7 Best Books to Learn React JS
09, Apr 21
Best Way to Learn NodeJS - A Complete Roadmap
18, Sep 20
Article Contributed By : 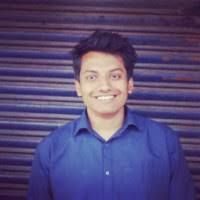