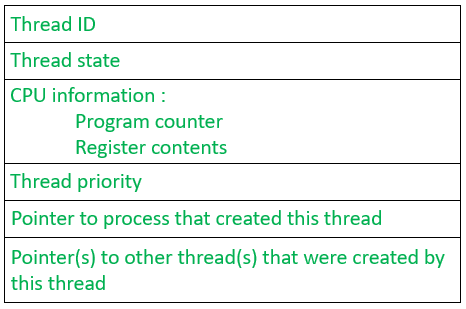 The components have been defined below: