Loop configuration is basically a communication link that is used to transmit data or information from one link station to another link station conferring the entire loop. At transmit port of the primary station, link connection gets initiated, connects one or more than one secondary station in a serial fashion, and after then ends back at the receive port of the primary station. In the following, we can see the loop that contains total of five secondary stations. 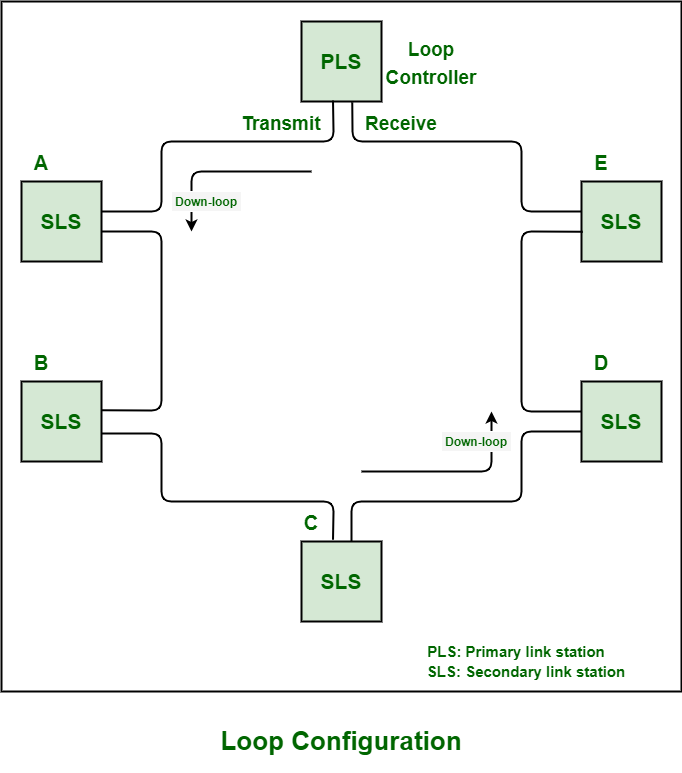