In this article, we will go through the concept of the Remote Procedure Call (RPC) and its working mechanism.

RPC is an effective mechanism for building client-server systems that are distributed. RPC enhances the power and ease of programming of the client/server computing concept. It’s a protocol that allows one software to seek a service from another program on another computer in a network without having to know about the network. The software that makes the request is called a client, and the program that provides the service is called a server.

The calling parameters are sent to the remote process during a Remote Procedure Call, and the caller waits for a response from the remote procedure. The flow of activities during an RPC call between two networking systems is depicted in the diagram below. 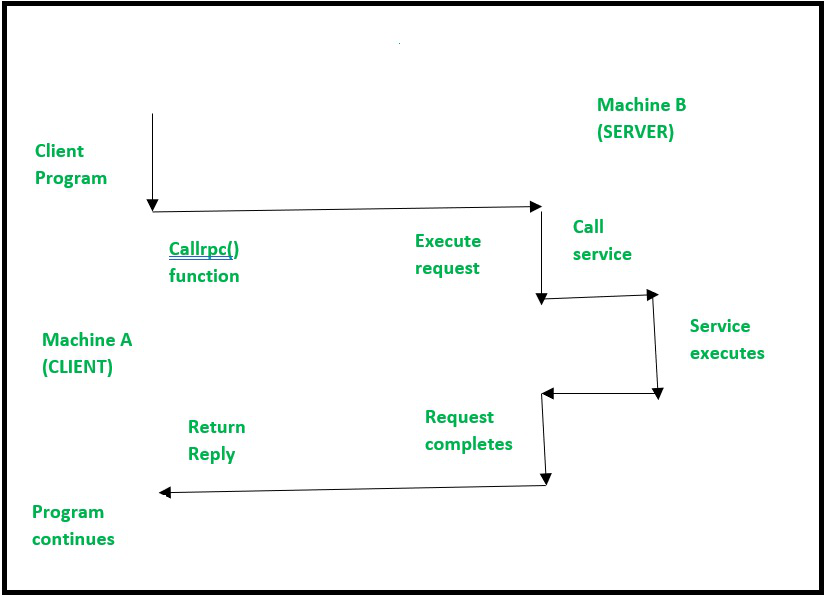 There are 5 elements used in the working of RPC: 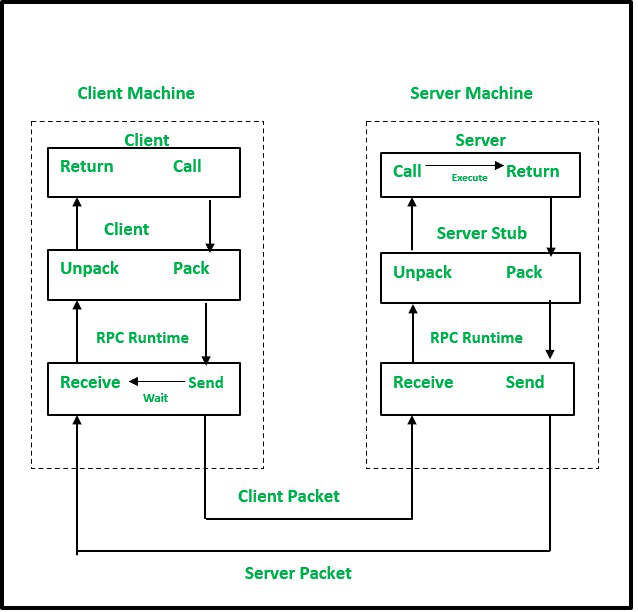 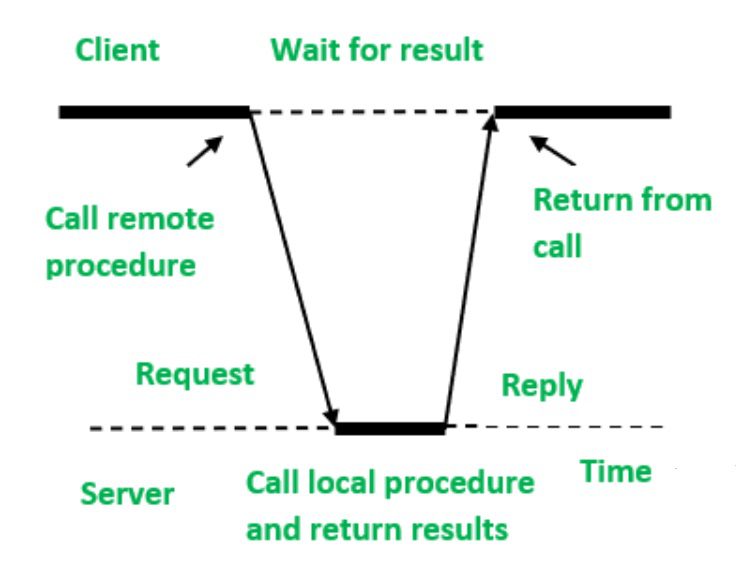 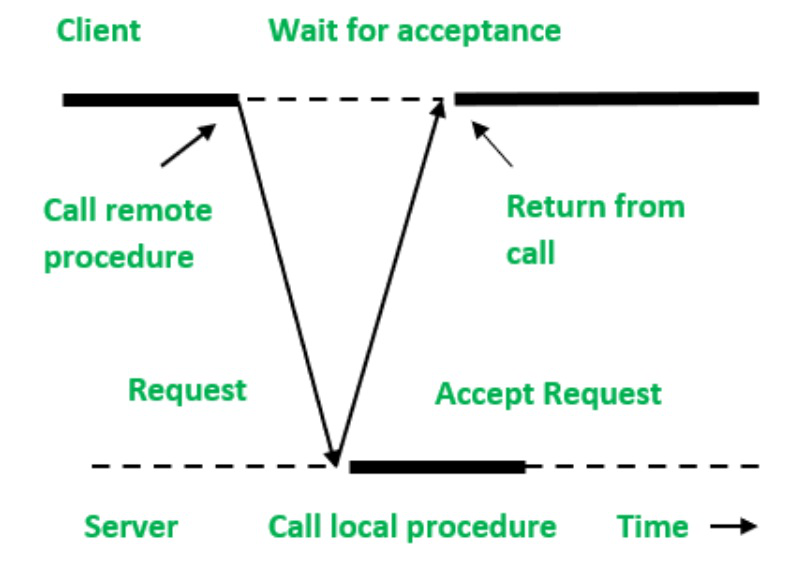 When the client process requests by calling a local procedure then the procedure will pass the arguments/parameters in request format so that they can be sent in a message to the remote server. The remote server then will execute the local procedure call ( based on the request arrived from the client machine) and after execution finally returns a response to the client in the form of a message. Till this time the client is blocked but as soon as the response comes from the server side it will be able to find the result from the message. In some cases, RPCs can be executed asynchronously also in which the client will not be blocked in waiting for the response.