What are Boltzmann Machines?

It is a network of neurons in which all the neurons are connected to each other. In this machine, there are two layers named visible layer or input layer and hidden layer. The visible layer is denoted as v and the hidden layer is denoted as the h. In Boltzmann machine, there is no output layer. Boltzmann machines are random and generative neural networks capable of learning internal representations and are able to represent and (given enough time) solve tough combinatoric problems.

The Boltzmann distribution (also known as Gibbs Distribution) which is an integral part of Statistical Mechanics and also explain the impact of parameters like Entropy and Temperature on the Quantum States in Thermodynamics. Due to this, it is also known as Energy-Based Models (EBM). It was invented in 1985 by Geoffrey Hinton, then a Professor at Carnegie Mellon University, and Terry Sejnowski, then a Professor at Johns Hopkins University 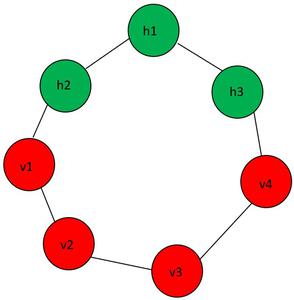 What are Restricted Boltzmann Machines (RBM)?

As in this machine, there is no output layer so the question arises how we are going to identify, adjust the weights and how to measure the that our prediction is accurate or not. All the question has 1 answer is Restricted Boltzmann Machine.

The RBM algorithm was proposed by Geoffrey Hinton (2007), which learns probability distribution over its sample training data inputs. It has seen wide applications in different areas of supervised/unsupervised machine learning such as feature learning, dimensionality reduction, classification, collaborative filtering, and topic modeling.

Movies like Avengers, Avatar, and Interstellar have strong associations with the latest fantasy and science fiction factor. Based on the user rating RBM will discover latent factors that can explain the activation of movie choices. In short, RBM describes variability among correlated variables of input dataset in terms of a potentially lower number of unobserved variables.

The energy function is given by

How do Restricted Boltzmann Machines work?

In RBM there are two phases through which the entire RBM works:

After doing all the steps we get the pattern that is responsible to activate the hidden neurons. To understand how it works. 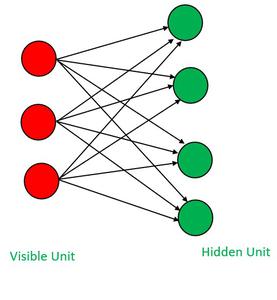