Real-time Transport Protocol (RTP) allows only that type of message, which carries data from the source to the destination. But in some cases, we need some other type of messages in a session. The messages that can control the transmission and quality of data as well as also allow the recipients so that they can send feedback to the source or sources. A protocol designed for this purpose, which is known as Real-time Transport Control Protocol (RTCP). 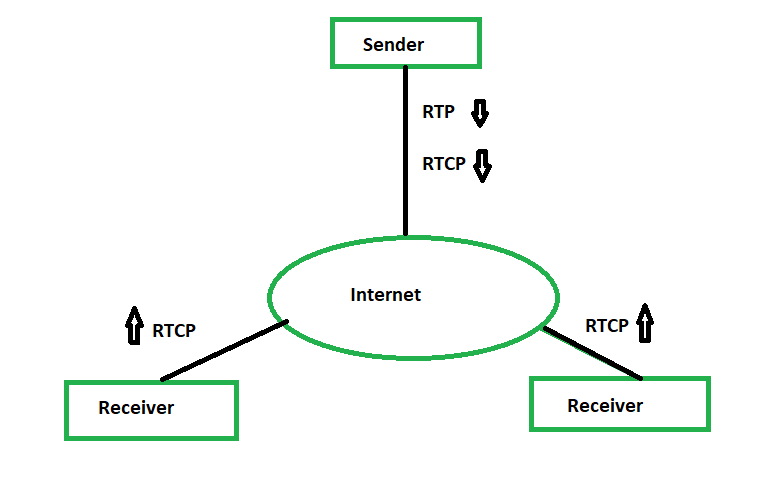 The above diagram shows the flow structure of RTP and RTCP protocol. RTCP has five types of messages that are given below:

UDP Port of RTCP : RTP use a well known UDP Port, but RTCP does not. RTCP uses a temporary port. It must be an odd-numbered port. It uses UDP port number which is the next higher odd number and that follows the port number which selected for RTP.