React Suite is a popular front-end library with a set of React components that are designed for the middle platform and back-end products. Radio component allows the user to allow the user to select one option from a set. We can use the following approach in ReactJS to use the React Suite Radio Component. 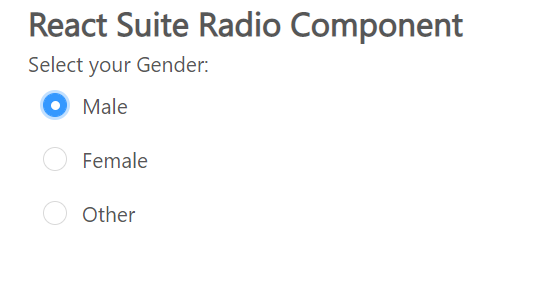