Pandas tolist() is used to convert a series to list. Initially the series is of type pandas.core.series.Series and applying tolist() method, it is converted to list data type.

Example:
In this example, the data type of Name column is stored in a variable. After that it is converted using tolist() method and again data type is stored and printed.

Output:
As shown in the output image, the data type was converted from Series to List. The output of salary_list was in list format. 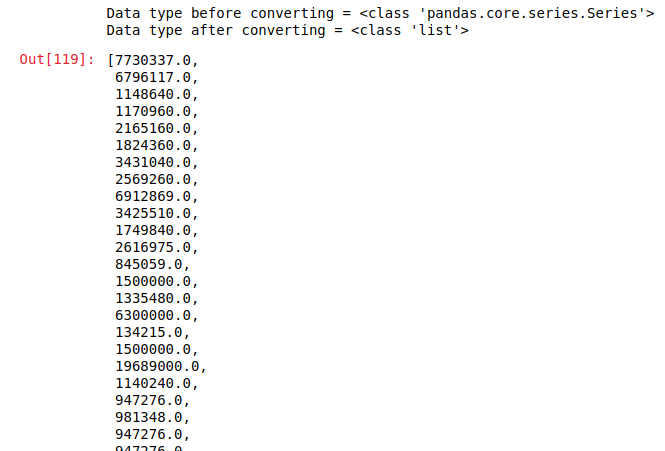