Note: The results are returned on the basis of comparison caller series = other series.

In this example, two series are created using pd.Series(). The series contains some Null values and some equal values at same indices too. The series are compared using .eq() method and 5 is passed to fill_value parameter to replace NaN values by 5.

Output:
As shown in output, True was returned wherever value in caller series was Equal to value in passed series. Also it can be seen Null values were replaced by 5 and the comparison was made using that value. 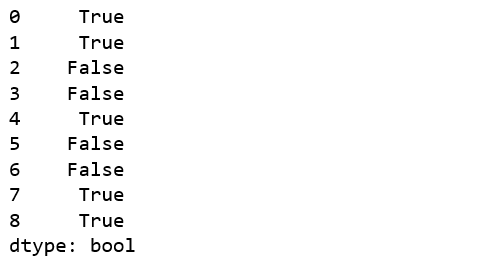 Example #2: Calling on Series with str objects
In this example, two series are created using pd.Series(). The series contains some string values too. In case of strings, the comparison is made with their ASCII values.

Output:
As it can be seen in output, in case of strings, the comparison was made using their ASCII values. True was returned wherever the string in Caller series was equal to string in passed series. 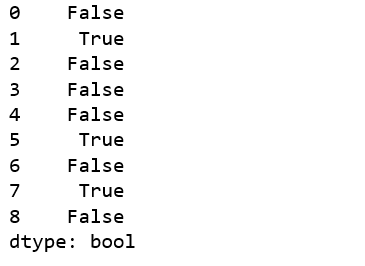