Given a string consisting of characters a and b, check if the string starts and ends with the same character or not. If it does, print ‘Yes’ else print ‘No’.

Input: str = “ababab”
Output: No
Explanation:
The given input string starts and ends with different character ‘a’ and ‘b’,
So the states of the below DFA Machine will be q0->q1->q2->q1->q2->q1->q2 and q2 is not a final state,
Hence the output will be No.

DFA or Deterministic Finite Automata is a finite state machine which accepts a string(under some specific condition) if it reaches a final state, otherwise rejects it.

In DFA, there is no concept of memory, therefore we have to check the string character by character, beginning with the 0th character. The input set of characters for the problem is {a, b}. For a DFA to be valid, there must a transition rule defined for each symbol of the input set at every state to a valid state. 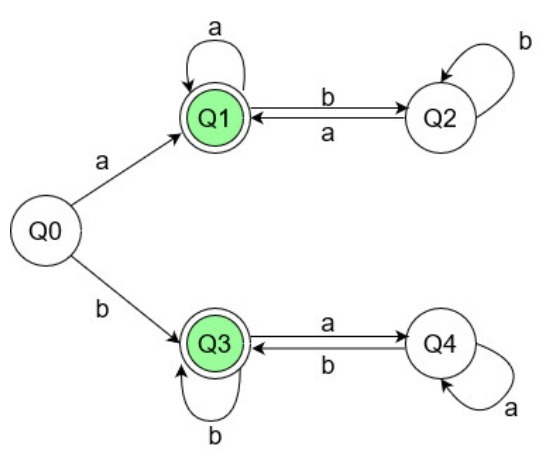 How does this DFA Machine works:
The working of the machine depends on whether the first character is ‘a’ or ‘b’.

Approach for designing the DFA machine: 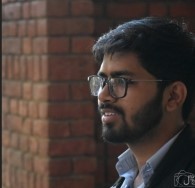