A CSV file can be created with the use of any text editor such as notepad, notepad++, etc. After adding content to a text file in the notepad, store it as a csv file with the use of .csv extension.

Example of a CSV File:

A CSV file can be used to manage record files of databases of a business or a company. These files can be easily opened in Excel and can be manipulated with the use of any suitable software. Perl also supports the manipulation and creation of these ‘csv’ files by extracting values from the file, manipulating these values and restoring them into the file. For Extracting every value from a specific line, we are going to use the split function.

split() is a predefined function in Perl which is used to separate a string into parts with the help of a delimiter. This delimiter can be any character as per user’s requirement, but generally, we take comma as a delimiter.
split() takes two parameters. The first is a delimiter, the second is the string that needs to be split.

Syntax: split(_delimiter_, _string_);
Parameter:
_delimiter_ : Separator value between elements
_string_: From which values are to be extracted
Returns: an Array of string elements separated by _delimiter_

Following steps are followed to split lines of a CSV file into parts using a delimiter:
Step 1: Read in the file line by line.
Step 2: For each line, store all value in an array.
Step 3: Print out all the values one by one to get the result

Sometimes there might be a file that has a comma within the fields of a string that if removed will change the meaning of the data or make the record useless. In such a situation if a split() function is used, even if within quotes, then it will separate the values each time it gets a comma as a delimiter, because split() function does not care about the quotes, nor does it understand anything about CSV. It just cuts where it finds the separator character.

But first, there is a need to download and install this module on your device to use its functionalities.

Installation of TEXT::CSV :
For Windows: 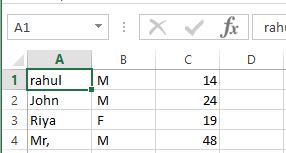 In the above CSV file, the embedded newline is now handled with the use of getline() method and Perl treats the new field as one, as required by the programmer, and hence was put within quotes.

My Personal Notes arrow_drop_up
Previous
ML | Auto-Encoders
Next
Print first N terms of Lower Wythoff sequence
Recommended Articles
Page :
Reading the CSV file into Dataframes in R
06, May 21
Reading Rows from a CSV File in Python
18, Dec 21
How to create multiple CSV files from existing CSV file using Pandas ?
06, May 21
Perl | Opening and Reading a File
25, Feb 19
C# - Reading Lines From a File Until the End of File is Reached
13, Nov 21
Perl | Reading Excel Files
10, Jul 19
How to convert CSV File to PDF File using Python?
16, Mar 21
Perl | Basic Syntax of a Perl Program
13, Jun 19
Perl Tutorial - Learn Perl With Examples
13, Nov 19
Opening and Reading a File in Julia
08, Jul 20
Reading Text File into Java HashMap
28, Dec 20
What is the mechanism of reading the content of a file in Node.js ?
03, Aug 21
Specify Row Names when Reading Excel File in R
27, Aug 21
Reading a Text File With SQL Server
12, Oct 21
Reading and Writing Properties File in Java
03, Mar 21
Different ways to import csv file in Pandas
19, Dec 18
How to convert an array to CSV file in PHP ?
14, Jan 20
How to delete a CSV file in Python?
13, Jan 21
How to download a CSV file in PHP that is triggered through a URL ?
10, Jun 20
How to create matrix and vector from CSV file in R ?
15, Apr 21
How to count the number of lines in a CSV file in Python?
22, Jan 21
PostgreSQL - Export PostgreSQL Table to CSV file
25, Feb 21
How to plot Bar Graph in Python using CSV file?
23, Feb 21
Exporting variable to CSV file in Python
23, Feb 21
Article Contributed By : 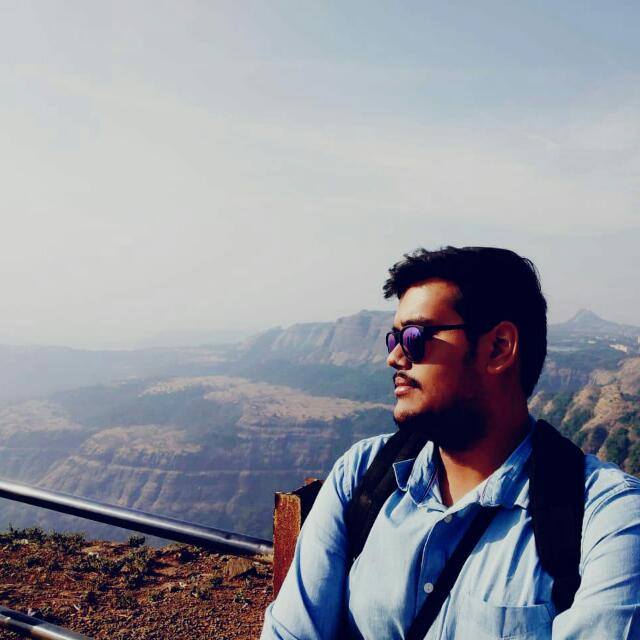