Prerequisite: Constructors
Whenever we create an object of a class, the default constructor of that class is invoked automatically to initialize the members of the class.

Why the base class’s constructor is called on creating an object of derived class? 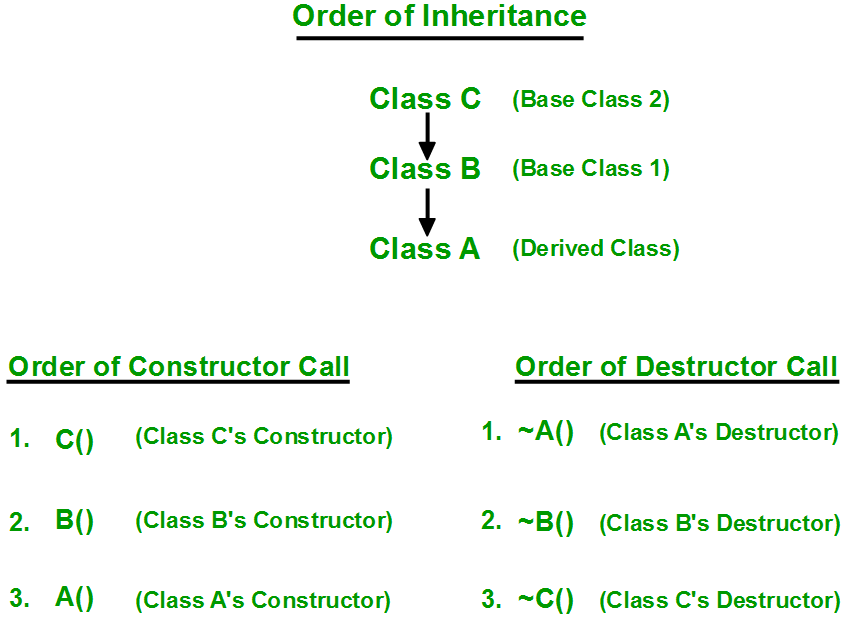 How to call the parameterized constructor of base class in derived class constructor?

Destructors in C++ are called in the opposite order of that of Constructors.
This article is contributed by Abhirav Kariya and Harsh Agarwal. If you like GeeksforGeeks and would like to contribute, you can also write an article using write.geeksforgeeks.org or mail your article to review-team@geeksforgeeks.org. See your article appearing on the GeeksforGeeks main page and help other Geeks.
Please write comments if you find anything incorrect, or you want to share more information about the topic discussed above.