The named entity recognition (NER) is one of the most popular data preprocessing task. It involves the identification of key information in the text and classification into a set of predefined categories. An entity is basically the thing that is consistently talked about or refer to in the text.

NER is the form of NLP.

At its core, NLP is just a two-step process, below are the two steps that are involved:

Some of the categories that are the most important architecture in NER such that:

Other common tasks include classifying of the following: 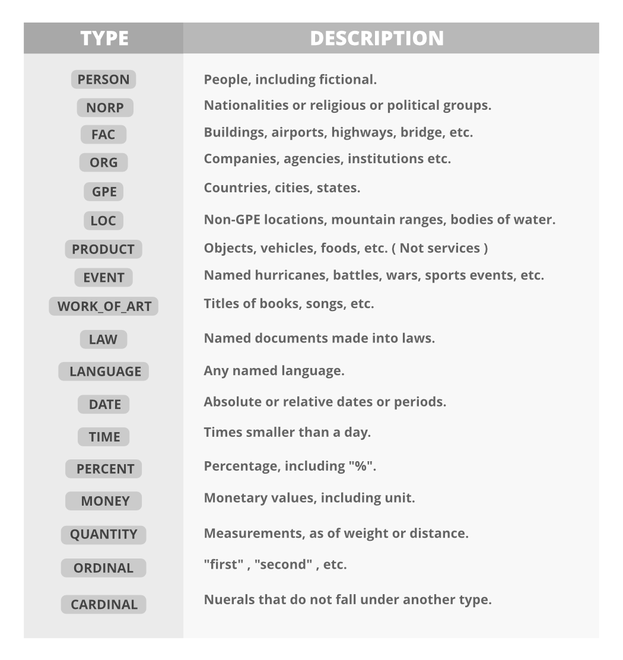 A sentence Example of NER