Network monitoring is using a system (hardware or software) that continuously observes your network and the data flows through it, depending on how the monitoring solution actually functions and informs the network administrator. We can keep a check on all the activities of our network easily. While Network management we need network Monitoring.

Network monitoring tools in Linux are:

Do you want to notice which application in your system is eating up your bandwidth, then Nethogs is a good choice. Nethogs helps you find out what bandwidth an PID is taking up as Nethogs groups bandwidth by process instead of breaking the traffic down per protocol or per subnet. . It is a great choice if you want to identify which program in your linux system is taking up more bandwidth.

Nethogs Interface on my linux system

Note: Always run nethogs as root or else it won’t run.

nload is a command-line tool that checks traffic of the network and the bandwidth usage in real-time. It analyzes the in- and outgoing traffic using two graphs and provides additional information like the total amount of transferred data and minimum & maximum network usage. 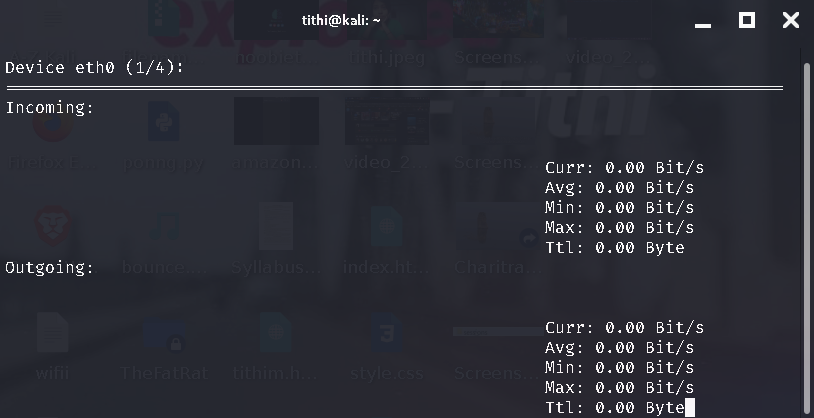 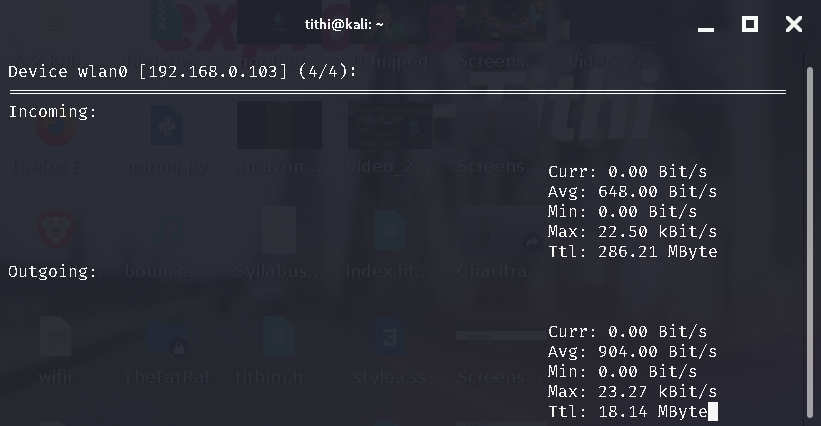 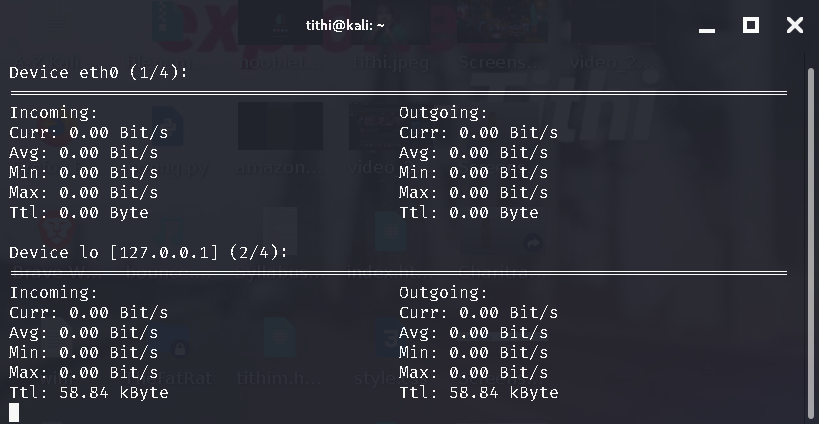 Slurm is a Command-line network monitoring tool. This tool lets you monitor traffic on your network and display the statistics with an ASCII graph. Three different types of graphs are available on this tool.

Different keys for interaction with slurm 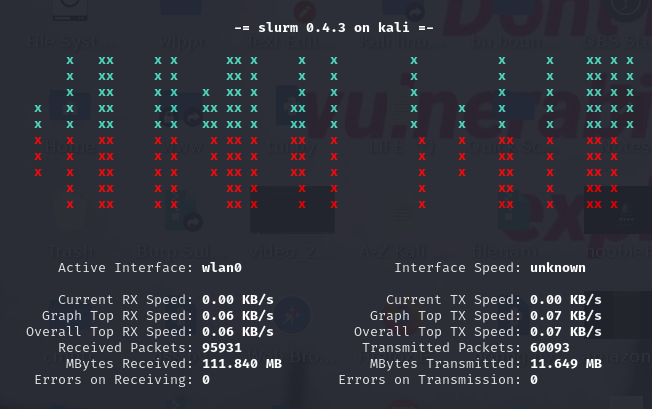 Interface TOP (IFTOP) can be used to view current bandwidth on a network interface. Using iftop you can find out which host is slowing down your network. You must run iftop as a root user. Your network activity is monitored by iftop to displays a table of current bandwidth for you. 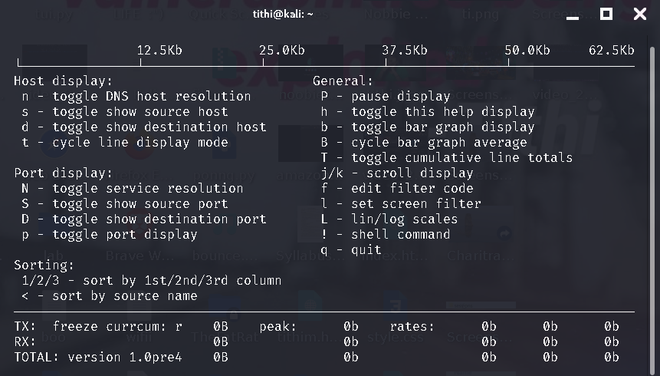 iftop interface with all the help commands

It is an all-in-one performance monitoring command-line tool that all  Linux system administrators must use. It is not limited to one particular system metrics rather focuses and gathers information on many other system resources like memory, network, sockets, CPU, disk, memory, NFS, processes, etc. collectl can run as a service to monitor remote machines or an entire server. 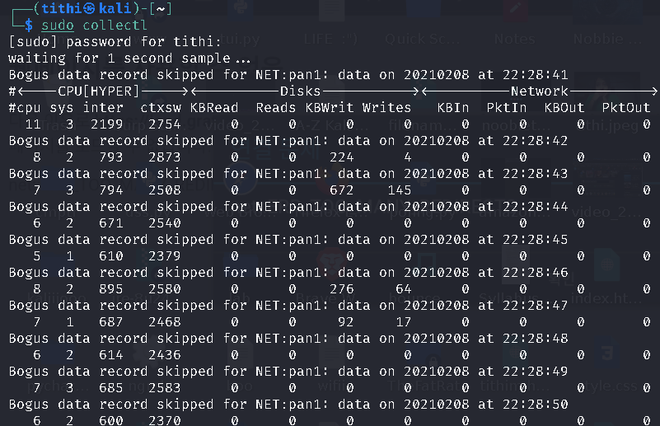 Netstat is one of the famous tools that all Linux(though also used in windows) users heard of or used for once at least. It is used to find out problems in the network and to analyze the traffic on the network. Both incoming and outgoing network connections are monitored. It tells you about the ports that are opened and also whether any program is listening to any ports or not. 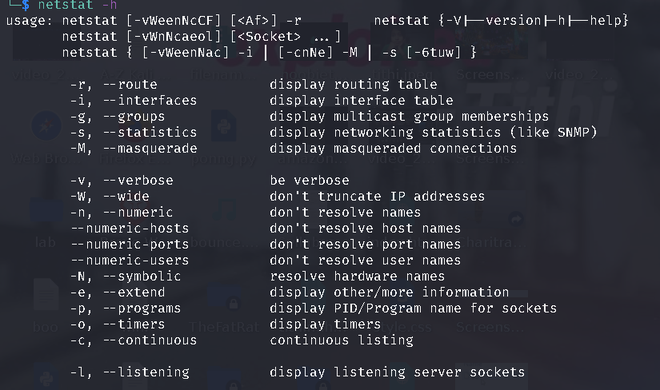 Few of the netstat utility 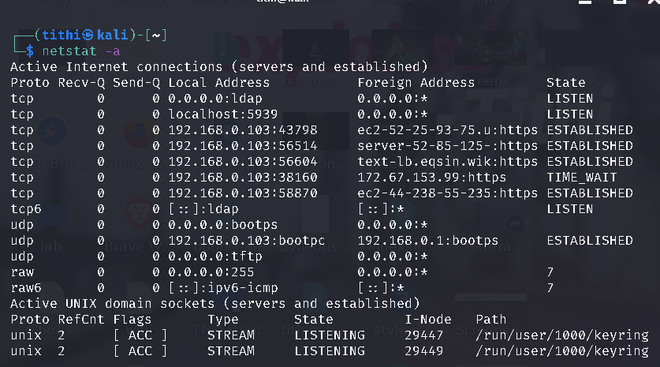 EtherApe displays network activity graphically. It is a packet sniffer/network traffic monitoring tool, It supports Ethernet, FDDI, Token Ring, ISDN, PPP, SLIP, and WLAN devices, and also several encapsulation formats. Traffic may be viewed on one’s own network. You can troubleshoot your network for security purposes. 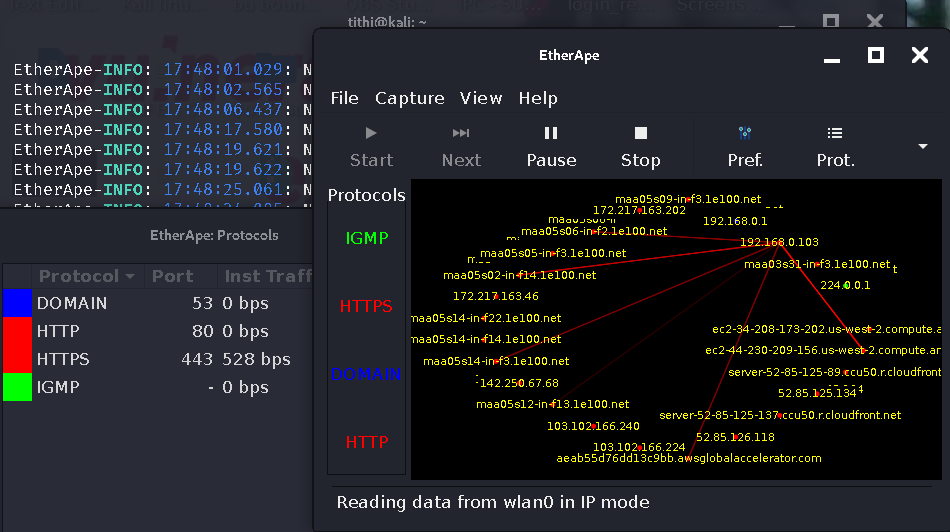 Tcpflow is a TCP/IP Demultiplexer. Tcpflow monitors thousands of connections mainly between 2 hosts. It captures the real data and dumps the data into the file we will specify. Generally speaking, you can check what is being sent to your network if you find some strange problem.

report being dumped as a file report.xml 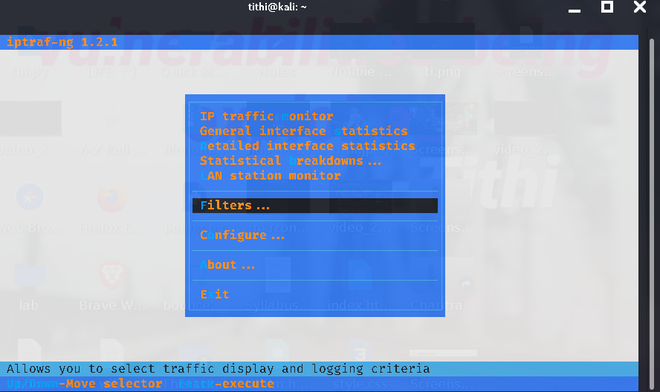 The speedometer displays a graph of current and past network speed. It can also monitor network traffic or speed/progress of any file transfer. It is written in python. If anyone wants to keep an eye on the network interface on a local or remote machine. 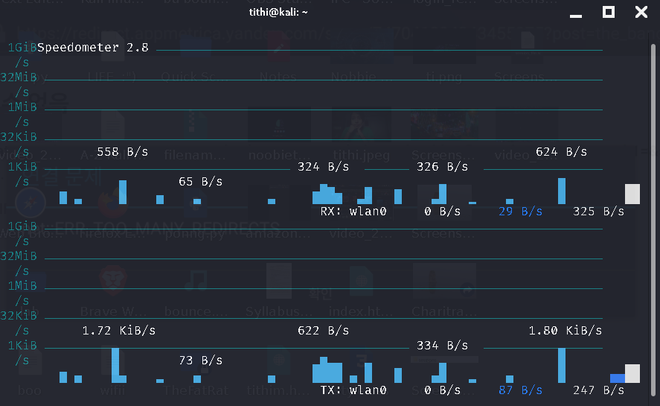