Here this tool allows us to set the maximum download rate and maximum upload rate. Even we can clear the limits that we have for downloading and uploading and even display the current status of the interface from the command line. 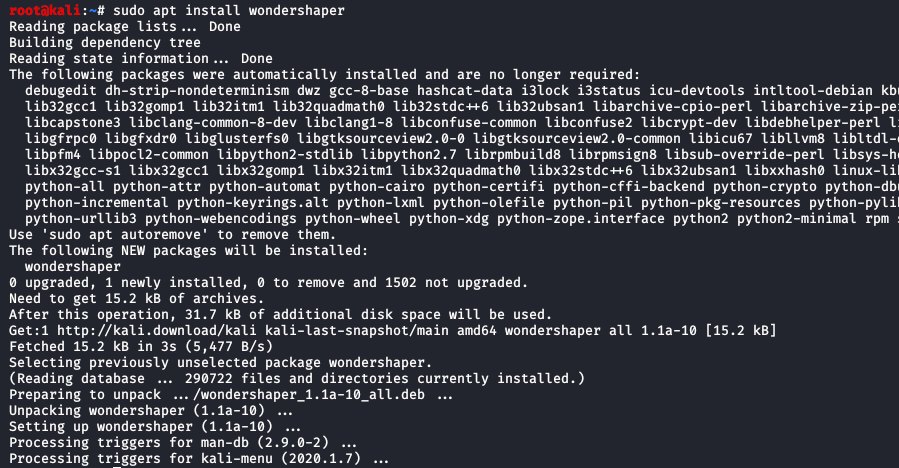 Now we can install WonderShaper with a different method. By using this method we can have the latest updates of WonderShaper.

So before proceeding to this we need to have git (Git is a distributed version control system for tracking changes in any set of files) installed.

Step 2: First Navigate to the bin directory using the cd command in terminal

Step 3: Next using the below command download the latest version

Step 4: Now we want to WonderShaper directory and install it using the below one.

So now installation and setup is done for WonderShapper

Enable and start the service:

Now we will Enable and start the WonderShaper service. Next, we have to enable the service to allow it to start every time we automatically when the system boots. WonderShaper can run as a service like the other is Linux systems.

Now we have to enable and start the service in our system:

Even we can verify if the WonderShaper service is active. Using the following below command

We can even restart the service if we have any problem with the service using the below command:

Now we can see how to use the WonderShapper tool:

Now we want to find the interface for which we have to limit the bandwidth. We can find the respective interface name using the following commands:

Now after knowing the interface name on which we want to limit the bandwidth using the below Command:

Even we can set both downloads rate and upload rate separately.

The above one will set the download rate to 4096 kbps

So now to clear or remove the bandwidth limits of an interface we can use the below command.