Solution : One procedure X that follows uses the disjoint-set operations to compute the connected components of a graph. Once X has pre-processed the graph, the procedure Y answers queries about whether two vertices are in the same connected component. Below figure shows the collection of disjoint sets after processing each edge. 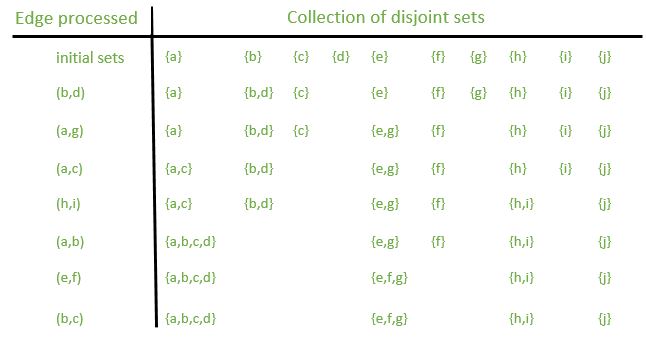 See here as the above example was discussed earlier. 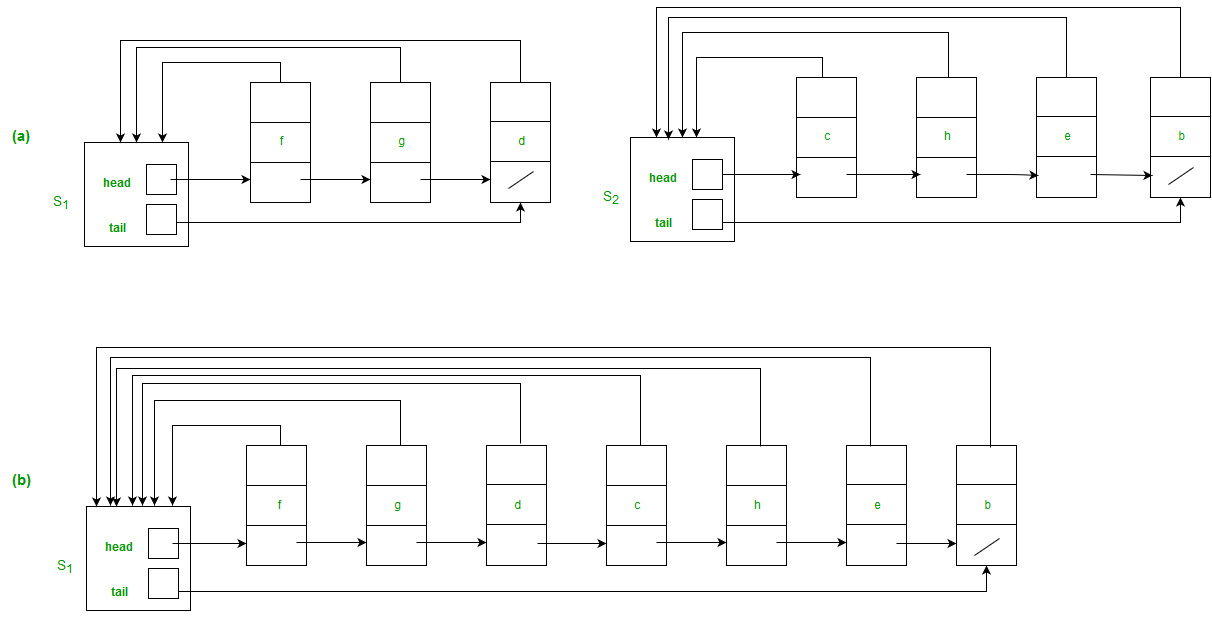 Above three figures are taken from the Cormen(CLRS) book. Above Figure shows a simple way to implement a disjoint-set data structure: each set is represented by its own linked list. The object for each set has attributes head, pointing to the 1st object in the list, and tail, pointing to the last object.
Each object in the list contains a set member, a pointer to the next object in the list, and a pointer back to the set object. Within each linked list, the objects may appear in any order. The representative is the set member in the 1st object in the list.
To carry out MAKE-SET (x), we create a new linked list whose only object is x. For FIND-SET(x), we just follow the pointer from x back to its set object and then return the member in the object that head points to. For example, in the Figure, the call FIND-SET(g) would return f.

Letting x denote an object, we wish to support the following operations:

MAKE-SET(x) creates a new set whose only member (and thus representative) is x. Since the sets are disjoint, we require that x not already be in some other set.

UNION (x, y) unites the dynamic sets that contain x and y, say Sx and Sy, into a new set that is the union of these two sets. We assume that the two sets are disjoint prior to the operation. The representative of the resulting set is any member of Sx U Sy, although many implementations of UNION specifically choose the representative of either Sx or Sy as the new representative. Since we require the sets in the collection to be disjoint, conceptually we destroy sets Sx and Sy, removing them from the collection S. In practice, we often absorb the elements of one of the sets into the other set.

FIND-SET(x) returns a pointer to the representative of the (unique) set containing x.

Based on the above explanation, below are implementations:

Note: The node address will change every time, we run the program.