Declaration: Following is the declaration for com.google.common.base.Joiner class :

The following table gives a brief summary of the methods provided by Guava’s Joiner class: 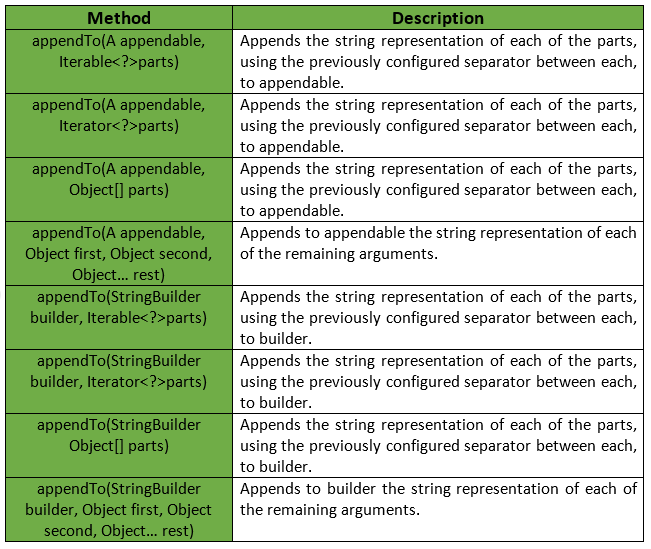 Some more methods provided by Guava’s Joiner class are: 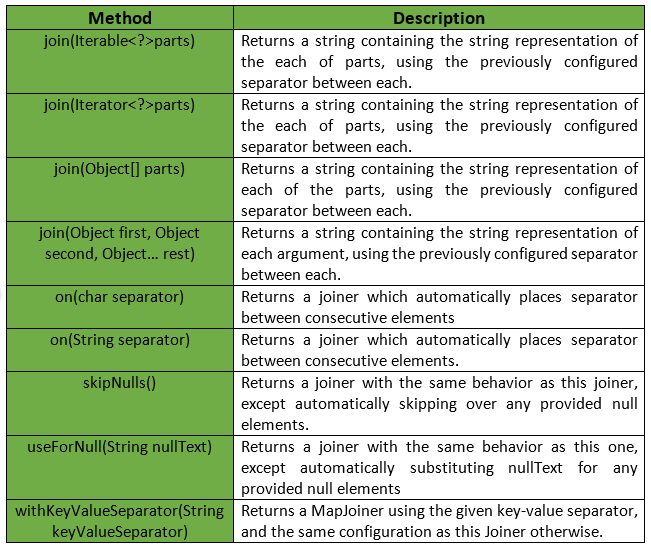