Island of Isolation in Java

In java, object destruction is taken care by the Garbage Collector module and the objects which do not have any references to them are eligible for garbage collection. Garbage Collector is capable to identify this type of objects.
Island of Isolation:

Explanation :
Before destructing an object, Garbage Collector calls finalize method at most one time on that object.
The reason finalize method called two times in above example because two objects are eligible for garbage collection.This is because we don’t have any external references to t1 and t2 objects after executing t2=null.
All we have is only internal references(which is in instance variable i of class Test) to them of each other. There is no way we can call instance variable of both objects. So, none of the objects can be called again. 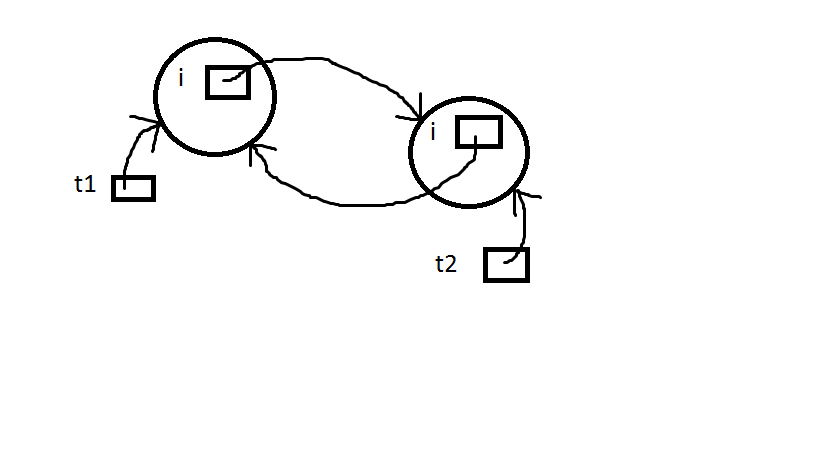 t1 = null : Both the objects can be reached via t2.i and t2 respectively. 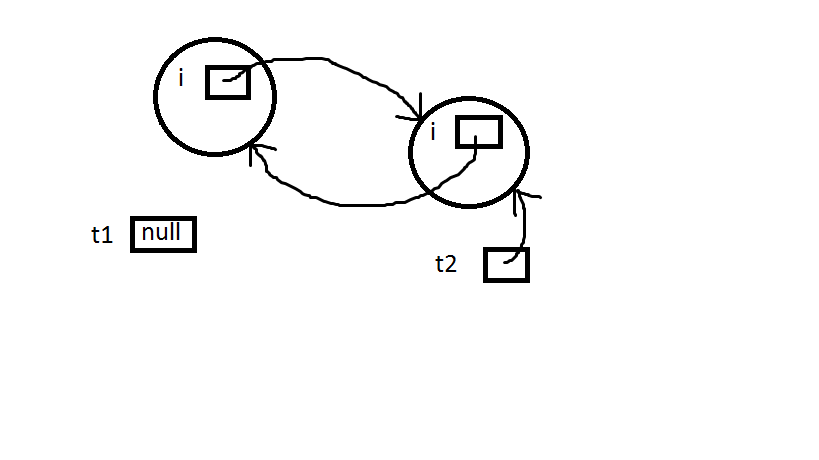 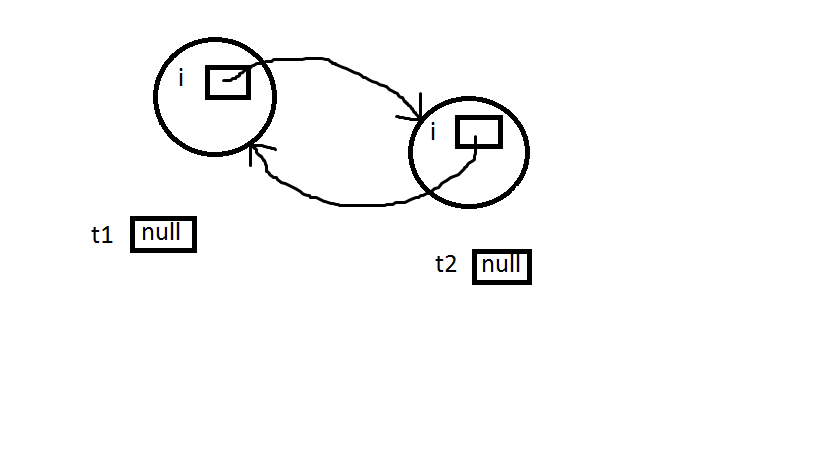 Now, both the objects are eligible for garbage collection as there is no way we can call them. This is popularly known as Island of Isolation.