A system is a set of related components that work as a whole to achieve a goal. A system contains inputs, behavior and outputs.

Behavior is a function that translates inputs to output.

Components are electronics blocks – digital, analog, or mixed signal. Digital System is a system in which signals have a finite number of discrete values. Analog System has values from a continuous set and Mixed Signal System has both Digital and Analog parts. 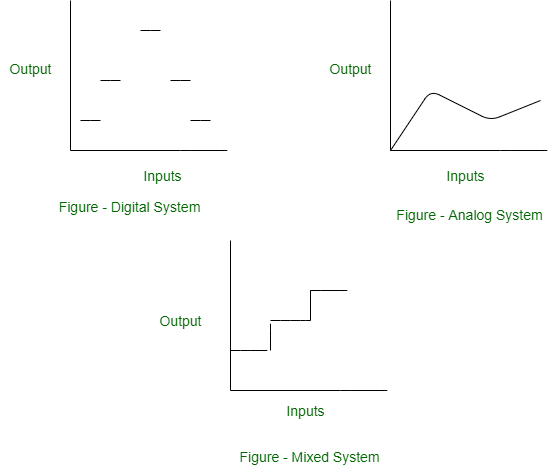