How to Save Output of Command in a File in Linux?

There are two main redirection operators in Linux:

The first operator is “>” which is used to redirect the output of a command to the file, but this operator erases all existing data in that file and overwrites the command output, 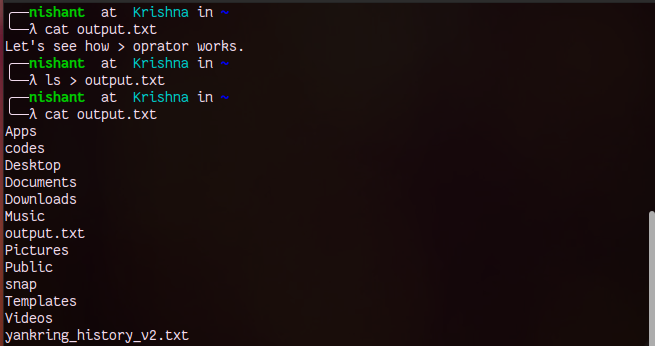 In the above image, we can see that the previous content of the output.txt file gets erased and the output of the ls command is written into the file.

Now let’s see about the second redirection operator is >>. Using this operator we can append the output of the command to the file. It does not erase any previous content of the file.

Let’s see the example of >> operator 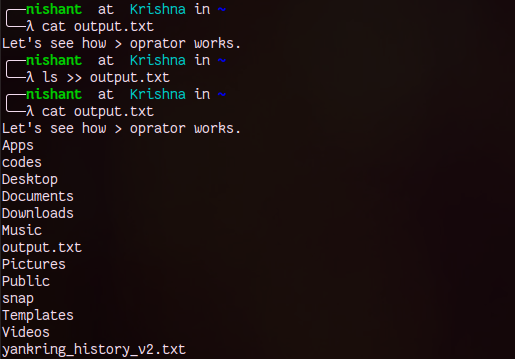 In the above image, we can see that the output of the command is appended to the output.txt file without erasing the content stored in that file.

If the file mentioned after the Redirection operator in not exist then it will create automatically.

Now let’s see one example of the tee command: 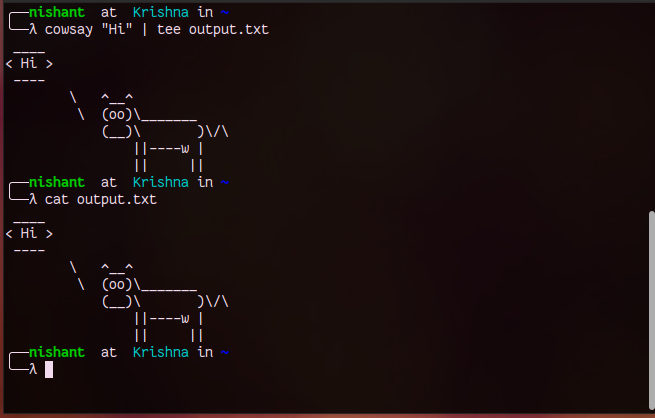 We can see in the above image the output is redirected to the terminal as well as the output.txt file.

Now Let’s see one example of this command 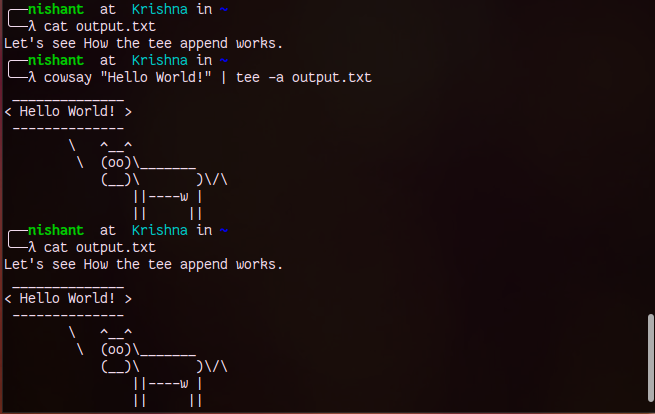 In this image, we can see that the output of cowsay command is stored in the output.txt file without erasing the existing data of the file.