How to operate callback-based fs.mkdir() method with promises in Node.js ?

The fs.mkdir() method is based on callback. Using callback methods leads to a great chance of callback nesting or callback hell problems. Thus to avoid it we almost always like to work with a promise-based method. Using some extra node.js methods we can operate a callback-based method in promise way.

Note: Callback not required since we operate the method with promises.

Approach: The fs.mkdir() method based on callback. To operate it with promises, first, we use promisify() method defined in utilities module to convert it into a promise based method.

File contents before running the program :

File contents before running the program: 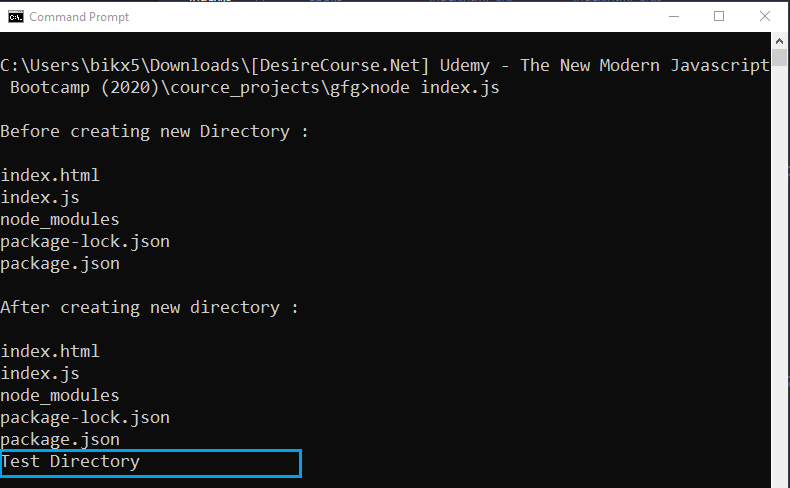