How to kill all instances of a Node.js process via command line ?

Node.js is an open-source and cross-platform runtime environment for executing JavaScript code outside the browser. It is widely used in developing APIs and microservices from small to large companies.

Why we need to kill all the instances?

Sometimes there may be some issue with the NodeJS like the server is listening to some other port or there may be some services which you want to run, but it shows an error like service is already running or process is already running. At that time you need to kill all the instances of the NodeJS server at that time. This method will help you to kill all the instances in NodeJS.

Command/CMD: Killings all instances of a NodeJS process via command line.

Example: Open the folder where we want to start the server. 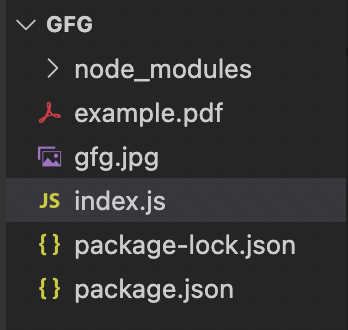 Start the server and get the list of the same.

Running process: We can see this web-server is running on the NodeJS on the first URL. 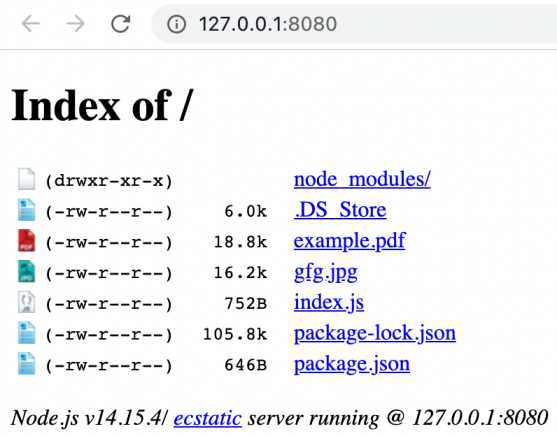 Now let’s use the terminate command on the command prompt to see the results.

Here is a success message that the process is terminated.

Let’s open the web-server again. Now we can see at the same URL the process is not running now as the above command has killed all the nodes instances.

So here is an error on the same local address. By using the above command in CMD we can terminate or kill all instance of NodeJS process running.

My Personal Notes arrow_drop_up
Previous
How to communicate JSON data between Java and Node.js ?
Next
p5.js setMoveThreshold() Function
Recommended Articles
Page :
How to kill all processes in NodeJS?
28, Mar 22
Node.js process.kill() Method
05, Mar 21
NodeJS process.nextTick() Method
05, Mar 21
Template Rendering via Marko.js in Node.js
07, Sep 20
How to create a simple web server that can read a given file on a given disk via “readFile” function ?
08, Mar 22
How to read command line arguments in Node.js ?
20, Mar 20
Command Line Arguments in ElectronJS
10, Jun 20
How to find relevant emoji from text on the command-line?
22, Feb 21
How to Build a JavaScript Command Line Interface (CLI) with Node.js
03, Aug 21
How to print command line arguments passed to the script in Node.js ?
07, Oct 21
How to build your own CLI (Command Line Interface) with Node.js ?
22, Mar 22
Command Line Flags by the Node Binary
28, Jul 22
How to parse command line arguments in node.js ?
09, Dec 20
How to read a file line by line using node.js ?
19, May 20
How the single threaded non blocking IO model works in NodeJS ?
04, Feb 21
Nodejs | GM solarize() Function
14, Apr 20
Email Verification using OTP in NodeJS
19, Feb 21
NodeJS Program Lifecycle
18, Feb 21
How to Deploy Contract From NodeJS using Web3?
27, May 22
Create Newsletter app using MailChimp and NodeJS
31, May 22
How to make to do list using Nodejs ?
31, Jan 22
How to resolve 'node' is not recognized as an internal or external command error after installing Node.js ?
09, Jul 20
How to open Node.js command prompt ?
18, Aug 21
How to show the line which cause the error in Node.js ?
26, Aug 22
Article Contributed By :