How to Calculate Mean in Excel?

In this method, we are going to use the AVERAGE function which returns the mean of the arguments. For example, the =AVERAGE(A1:A10) returns the average of the numbers in the range of A1 to A10.

Let us apply the above formula on some rough data as shown below:

In the above example, we have used 4 different functions.

In this method first, you need to select the cells for which you have to calculate the average. Then select the INSERT function from the formulas tab, a dialog box will appear. 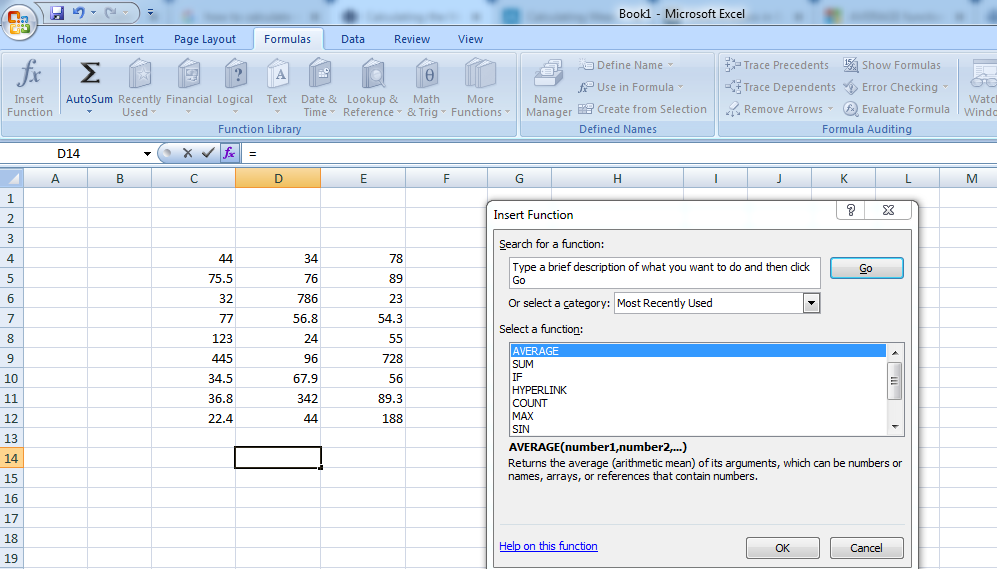 Select the AVERAGE function from the dialog and enter the cell range for your list of numbers in the number1 box. For example, if you need values from column A and from row 1 to row 10 then simply enter A1:A10. You can also simply drag and drop the selected cells and click OK. The result will be shown in the cell you have selected. 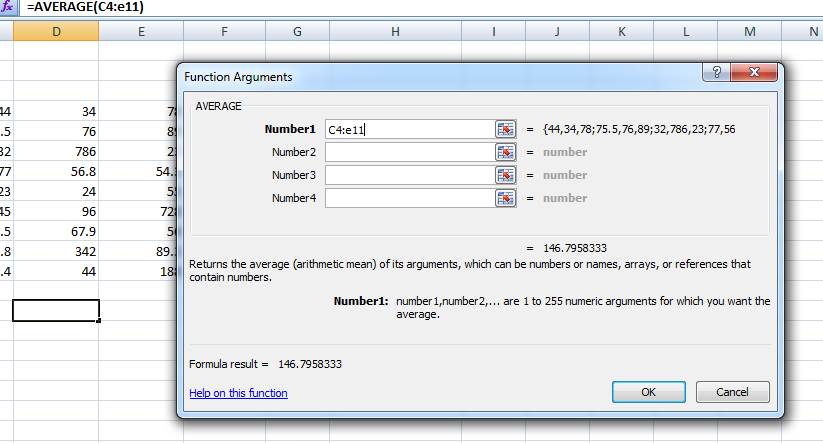