How Can Machine Learning Save the Environment From Disaster?

Imagine living in a highly developed metropolitan city with all possible luxuries. There are big glass skyscrapers and beautiful luxury cars. But do you know what is missing in this city? Trees!!! There is no greenery in this city which could provide oxygen which is necessary for life. And what oxygen is there, is polluted because of the insane levels of air pollution in the city!!! In such a situation, what can be done?
This is the current situation of many metropolitan cities in this world. There have already been 780,000 deaths related to air pollution in the world this year. Also, around 1,16,36,000 hectares of forest were cut down or burned this year with 117,268 species going extinct. And that’s not all! Some scientists are even predicting that the increasing temperatures due to global warming will lead to a decrease in crop production when there is already global hunger. 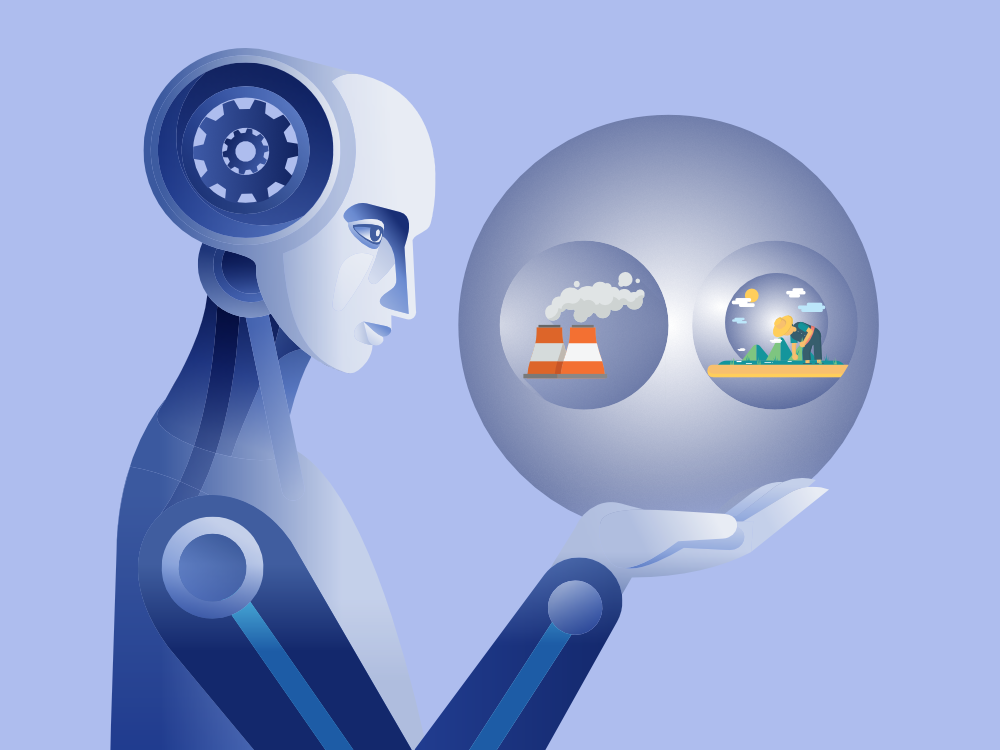 It is extremely important to tackle all these issues relating to the environment before they become any more severe. And what better way to do that than using modern technology. That is why this article deals with the important question of “How can Machine Learning save the Environment from Disaster?” This article demonstrates the different ways that ML has been used to solve various problems like air pollution, wildlife protection, disaster prediction, etc. So let’s see them in detail now!

Pollution is a major problem in metropolitan cities. And a smart citywide pollution control system using IoT and Machine Learning is the need of the hour! This has been proved by IBM’s China Research Lab in the form of Green Horizons with the express goal of reducing particulate matter in Chinese cities by 25%.

Wondering how Geen Horizons works? First, the data related to city pollution like emissions from vehicles, pollen levels, airflow direction, weather, traffic levels, etc are obtained using IoT from various sources. After all the important data is collected, Machine Learning algorithms automatically analyze the data while adjusting the required predictive models according to various factors like the current season, distinct topologies of the city, etc. Using this analysis, the Machine Learning algorithms can calculate pollution forecasts in different areas of the city that inform city officials beforehand where the problems are going to occur.

The Green Horizons system can generate specific pollution forecasts 72 hours ahead of time and it can also calculate general future pollution trends till the next 10 days. This is the optimal use of IoT and ML to reduce city pollution that should also be implemented in other cities all over the world.

Many wild animals are endangered or going extinct in various countries (No thanks to humans of course!). So it is also our responsibility to make sure that these animals are preserved in their natural habitats so that the forests and wild grasslands remain as they are. And why not use IoT and Machine Learning for this?!!

WildTrack is a company that does just this. They use a footprint identification technique (FIT) with IoT and ML algorithms to identify the species, individual, age and gender of an animal from its unique footprint. Then this unique data can be used to recognize specific patterns relating to animal movements, male to female ratio, species population, etc. that helps in preserving various endangered species.

Another initiative is Wild Me by Microsoft AI for Earth that uses computer vision and deep learning algorithms to identify the animals that are in the endangered or nearly extinct category so that they can be better protected and preserved.

When everything is getting smart, why not disaster prediction and disaster response? There are many natural disasters like hurricanes, tsunamis, and earthquakes or even man-made disasters like oil spills that can be predicted using Machine Learning.

A prime example of this is an Earthquake Detection System that uses deep learning networks. It was developed by scientists at Harvard and Google and can predict the aftershocks after a big earthquake. This system works by analyzing the patterns in the earthquake data that were impossible to analyze earlier with the existing technology. Various factors may govern the chance of aftershocks occurring such as the makeup of the ground, seismic plate interaction, energy propagation in the ground, etc. Keeping all these in mind, the current deep learning model scores an 0.849 on the Coulomb model while the previous model scored 0.583(with 1 being a perfectly accurate model.)

Another example of Smart Disaster Prediction and Response is a Flood Detection System started by Google along with the Central Water Commission of India which uses ML to predict impending floods. This works by creating an ML model using various elements like river level readings, rainfall records, terrain and elevation of an area, etc. to predict when and where a flood might occur and the severity of the flood as well.

There is enough food to serve everyone’s needs but not everyone’s greed. But unfortunately, humans are greedy. Almost 815 million people in this world suffer from hunger. That’s 1 in every 10 people. And most of these people are in developing or underdeveloped countries. Machine Learning can be used to solve this problem of starvation by using modern technology with farming to maximize crop production and minimize hunger.

This is done very efficiently by SunCulture, which is an initiative by Microsoft AI for Earth. SunCulture uses Machine Learning and IoT to create irrigation and farming practices that produce large crop yields for small and medium-sized farmers in Africa. This is done by first collecting data such as soil quality, sunlight levels, seed type, rainfall density from various sources like farm sensors, satellites, local weather stations, etc. Then this data is used along with neural networks and IoT to create custom recommendations for each farm that will optimize the planting procedure, irrigation levels required, fertilizer amount, etc. All this will result in the best possible crops for the harvesting season.

Are you breathing in carbon dioxide more than oxygen in your city?!! If so, then air pollution due to vehicles is one of the major causes. And Smart Electric Vehicles are a “smart” method to save the environment and our lungs as well! These vehicles will run on electricity and therefore reduce air pollution in urban areas. It is estimated that a normal oil car produces twice as much carbon pollution as an electric car.

Currently, the monopoly on electric cars is controlled by Tesla Inc. that was created in July 2003. Tesla Motors’ electric cars use the latest advancements in Artificial Intelligence and the Internet of Things. And they are popular too!!! Tesla Model 3 was the most sold plug-in electric car in the U.S. in 2018 with a total yearly sales of 139, 782 cars. That was a world record as no other electric cars had sold more than 100, 000 units in a single year until then!!!

Complete Interview Preparation
View Details
System Design-Live Classes for Working Professionals
View Details
Most popular in GBlog
Most visited in Machine Learning
We use cookies to ensure you have the best browsing experience on our website. By using our site, you acknowledge that you have read and understood our Cookie Policy & Privacy Policy