Difference between RAID 5 and RAID 10

1. RAID 5 :
In RAID 5, data is equally divided in all disks and minimum number of physical disks needed is 3. The main advantages of RAID 5 are no need of space for mirroring, supports data accessing at the time of recovery and high security of data. RAID 5 is generally suited for medium level of applications. 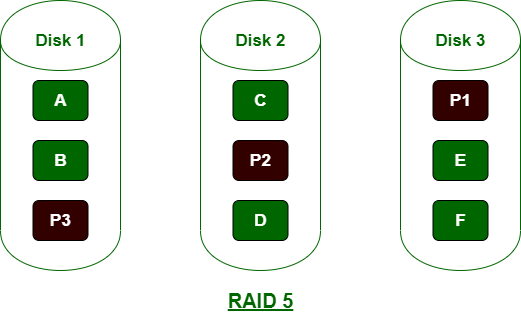 2. RAID 10 :
RAID 10 is also known as stripe of mirror. It is a nested RAID level as it combines features of two standard RAID levels: RAID 0 and RAID 1. RAID 10 supports both mirroring and striping features and is far good in reliability. It is expensive as more number of disks are used, minimum number of physical disks needed is 4.

Difference between RAID 5 and RAID 10 :