Dependency Injection with Dagger 2 in Android

If there are two classes, class A and class B and class A depends on class B then class B is called dependent for class A. 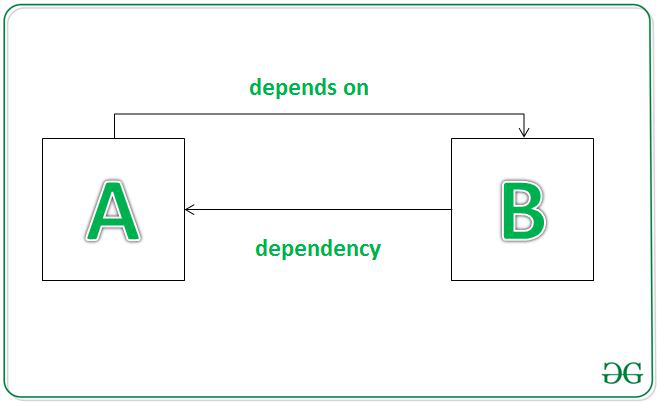 So, Every time we want to access class B in class A we need to create an instance of class B in Class A or use static factory methods to access class A. But this will make our code tight coupled, difficult to manage, and test. In order to remove these problems, we use dependency injection. Dependency Injection is a design pattern that removes the dependency from the programming code and makes the application easy to manage and test. It also makes programming code loosely coupled.

Let us assume, we want to store some data in SharedPreferences. In order to save or retrieve shared preferences data, we need the instance of shared preference in our Activity’s boilerplate code. And it may lead to problems in testing, managing, etc. if our codebase is large. This is where Android Dependency Injection helps. Here, SharedPreferences acts as a dependency for our Activity so, we don’t create its instance in our activity rather we inject it from some other class. Below is an illustration of the situation.

Dagger 2 is a compile-time android dependency injection framework that uses Java Specification  Request 330 and Annotations. Some of the basic annotations that are used in dagger 2 are: 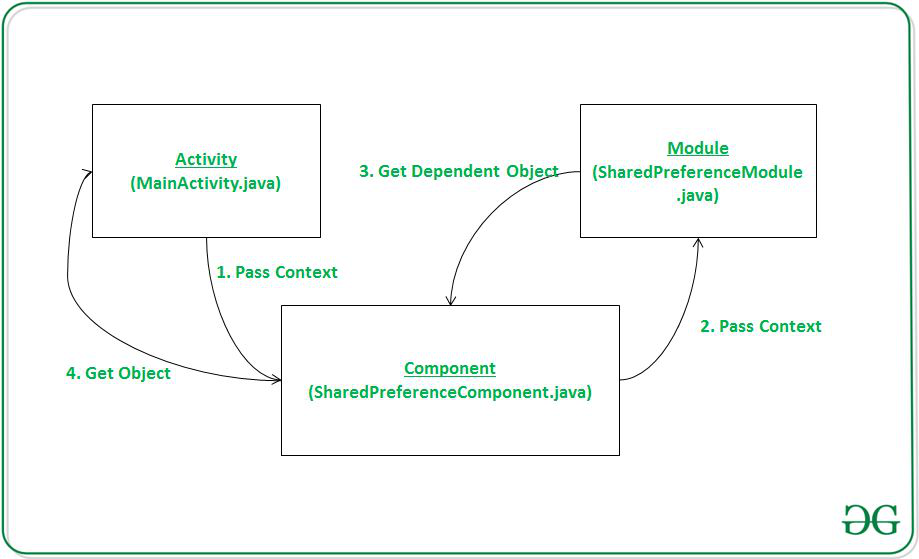 In order to use dependency injection with the help of dagger 2 libraries, we need to add it’s dependency. Go to Gradle Scripts > build.gradle(Module: app) and add the following dependencies. After adding these dependencies you need to click on Sync Now.

In this step, we will create a layout file for the application. We have used EditText for taking the input from the user and a TextView for presenting the output and save and show buttons respectively. Below is the code snippet for the activity_main.xml file.

In this step, we will create an Interface. Go to the app > java > package > right-click and create an interface and name it as SharedPreferenceComponent. We use @Component annotation in order to mention all the modules.

The Activities, Fragments, or Services that may request the dependencies declared by modules must be declared in this interface with the individual inject() method. Below is the code snippet for the SharedPreferenceComponent.java Interface.

Step 6: Working With the MainActivity.java File

In this step, we will first initialize our Views and then bind Dagger to our application. For which component-interface is followed by the Dagger keyword.

Below is the code snippet for the MainActivity.java file. 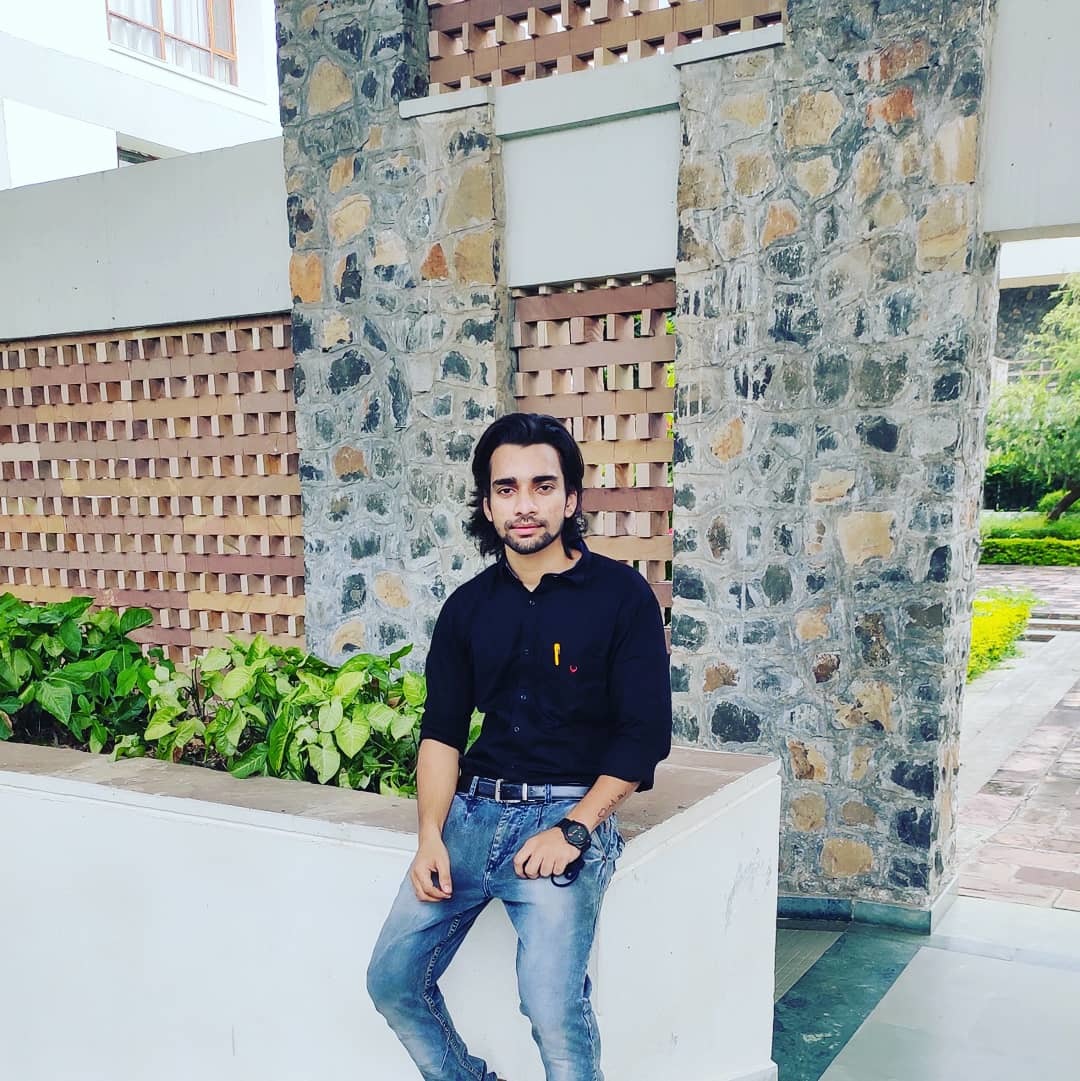