Delete a Node from linked list without head pointer

Note: No head reference is given to you. It is guaranteed that the node to be deleted is not the last node.

Definition of each node is as follows:
struct Node {
int data;
struct Node* next;
};

Consider below LL for given examples:

For example, suppose we need to delete B and a pointer to B is given.

Now we are at C and we have a pointer to B i.e. the previous pointer. So we will delete C.

That’s how node B will be deleted. 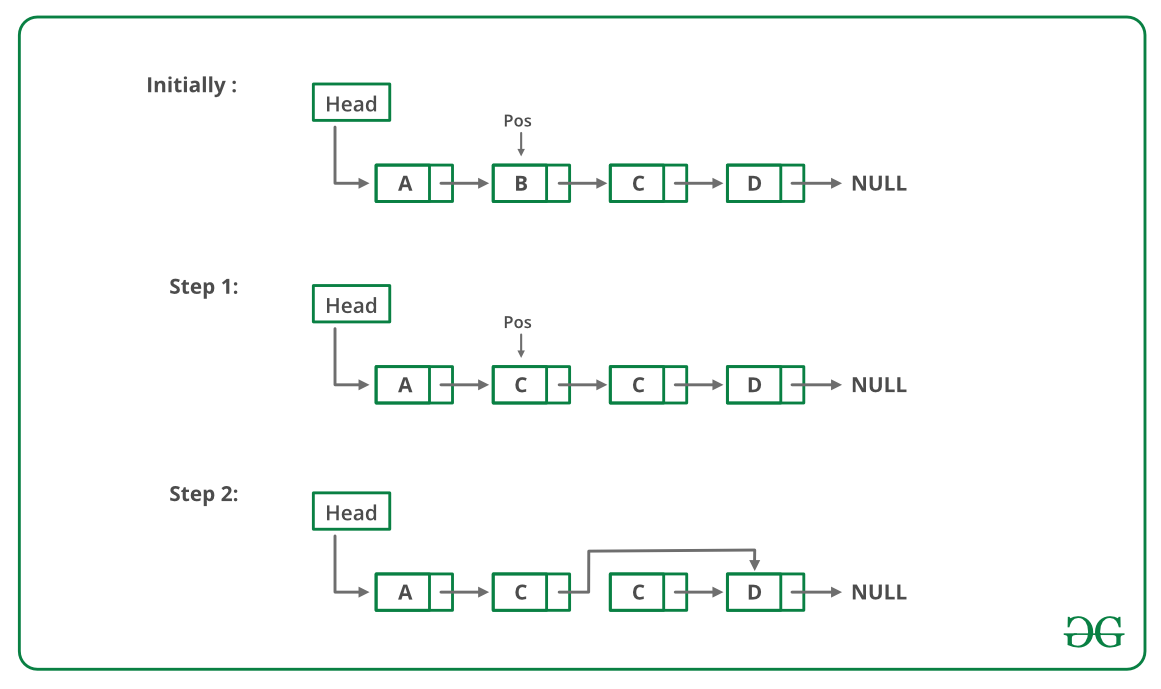 This article is contributed by Jeet Jain. Please see Given only a pointer to a node to be deleted in a singly linked list, how do you delete it for more details and complete implementation.