Prerequisite – Adaptive security appliance (ASA)
ASA is a Cisco security device that can perform a firewall capability with VPN capabilities, routing support, antivirus capability, and many other features.

It is a good practice to give security level 100 (maximum) to inside (most trusted network), 0(least) to outside (untrusted or public network), and 50 to DMZ (organization public device network).

Note –
It is not mandatory to assign a name (INSIDE, OUTSIDE, or DMZ) to the ASA interface but it is good practice to assign these names as they are simple and meaningful. 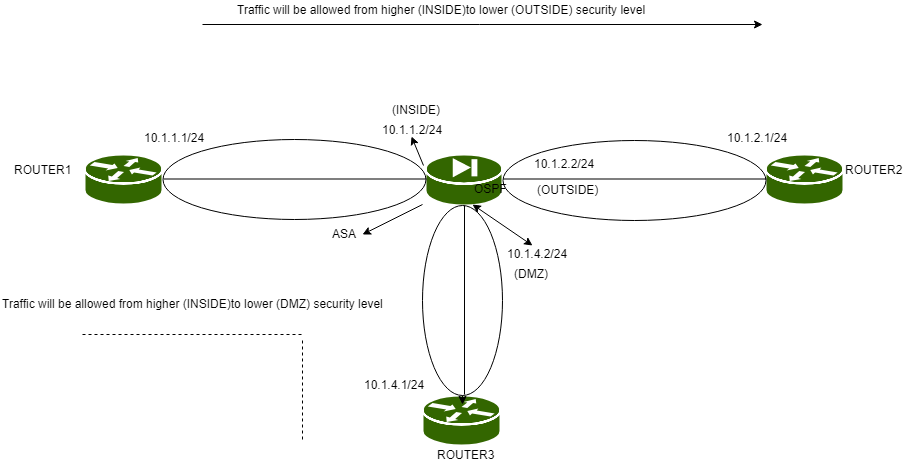 If we want ICMP traffic to be inspected by the ASA then we have to do it manually by the command.

Also, if the lower security level (outside or DMZ) wants to send any traffic (TCP, UDP, or ICMP) to the higher security level then it is denied by the ASA firewall due to its default policy. To allow it, an access list can be used.

Also, note that when we give security level 50 to DMZ, 100 to inside, and 0 to outside, then the traffic will be allowed from DMZ to outside but DMZ devices still not be able to reach inside devices.