Exceptions are run-time errors or abnormal conditions that a program may encounter during execution.

The exception handling in  C++ is designed to handle only synchronous exceptions in a program. The goal of exception handling is to create a routine that checks and sends an exceptional condition in order to execute suitable code. The procedure needs to carry out the following responsibilities:

The keywords try, throw, and catch. The keyword try is used to preface a block of code which may result in exceptions.

When an exception is found, it is thrown using a throw statement in the try block.

Syntax of the throw statement 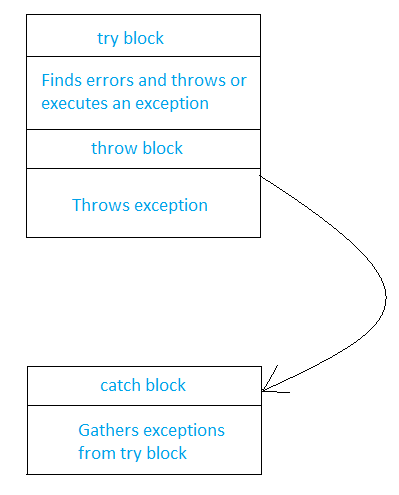 C++ Program to illustrate Array Index Out of Bounds Exception