There are no defined stages of CI/CD. However, CI/CD is a very flexible methodology and developers can set these stages according to their choice. There are below some standard choice of CI/CD stages and these are all in the pipeline if previous stages fail it will not go to the next stage.

There are many software tools available which are providing an implementation of CI/CD, and some are below and these can be used by developers or companies’ choice and each one has its own characteristics:

There can be any software tool to implement CI/CD as mentioned above. However, GitLab providing CI/CD implementation in a flexible way, and without much knowledge or other additional software, anyone who has some basic knowledge about software development, can easily setup CI/CD configuration with GitLab. Below are some requirements:

Follow the below steps, download GitLab Runner on Windows, and go through commands to verify and register it.

1. Download the GitLab runner from  https://gitlab-runner-downloads.s3.amazonaws.com/latest/binaries/gitlab-runner-windows-386.exe 2. Create a folder in your local directory (for ex. C:\GitLab-Runner) and rename the downloaded file to gitlab-runner.exe, store it in this folder.

3. Type below command, to verify and register it.

Follow the below steps to download GitLab Runner on Linux Environment and go through the below commands to verify and register a project.

Follow the below steps to configure CI/CD with Windows Environment projects:

Follow the below steps to configure CI/CD with Linux Project.

This is an important step to include yml file to your source code directory, if you do not include it CI/CD will not work.  This file includes a configuration that how this project will run.

My Personal Notes arrow_drop_up
Previous
Basic Git Commands with Examples
Next
How to Upload a Project through GitHub Desktop on GitHub
Recommended Articles
Page :
Jenkins and GIT Integration using SSH Key
09, May 20
How to Install, Configure and Use GIT on Ubuntu?
21, Sep 15
Flutter - Building and Releasing APK using GitHub Actions
17, Feb 22
GitHub App to Build Form using Typeform and Probot
10, May 20
Difference Between Git and GitHub
23, May 20
Merge Conflicts and How to handle them
07, Jul 20
Difference between MERCURIAL and GIT
08, Jul 20
What is Git-Ignore and How to Use it?
08, Jul 20
Common Git Problems and Their Fixes
16, Jul 20
Take Advantages of Git and GitHub to Stay Motivated & Consistent While Coding
06, Dec 20
Implementation of CI/CD in C/C++ Application(Linux) Using Shell and Docker Executor on GitLab
29, Jan 21
Useful Git Commands and Basic Concepts
28, Dec 20
Using Refs and Reflogs in Git
14, Dec 20
Difference between "add -A", "add -u", "add ." , and "add *"
16, Dec 20
Implementation of CI/CD in Java application(Linux) Using Shell and Docker Executor on GitLab
26, Feb 21
How to Clone Github Repository and Push Changes in Colaboratory?
09, Mar 21
How to Create Your Own Android Library and Publish it in GitHub?
09, Jun 21
Delete a Git Branch Locally and Remotely
19, Jun 21
Error Searching and Handling in Git
01, Aug 21
Difference Between fork and clone in GitHub
20, Sep 21
Simple and Concise Git Commands That Every Software Developer Should know
20, Sep 21
How to Push a Project and Contribute on GitHub?
23, Nov 21
Ignoring Files and Folders in Git
12, Feb 22
Git - Difference Between Git Fetch and Git Pull
27, Jan 22
Article Contributed By : 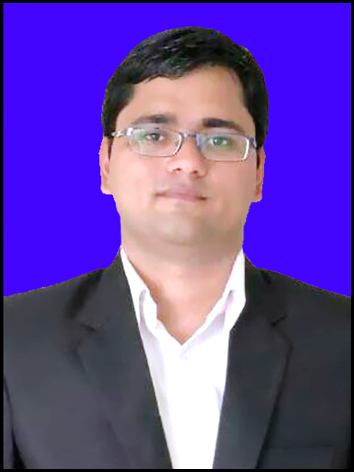