Typecasting is the assessment of the value of one primitive data type to another type. In java, there are two types of casting namely upcasting and downcasting as follows:

In order to perform class type casting we have to follow these two rules as follows:

Output explanation: Here parent class object is called but referred to the child’s class object. Hence, one can relate this with dynamic polymorphism or function overriding. 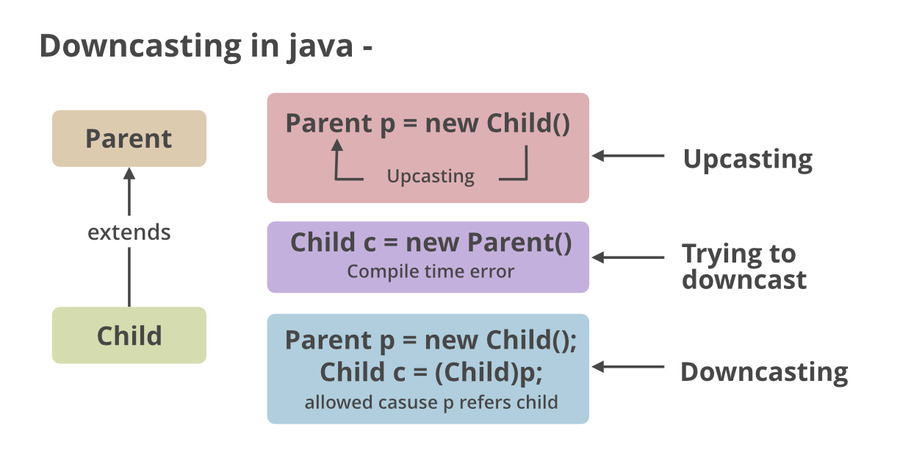 NOTE : Without perform upcast if we try to downcast , ClassCastException will be thrown. 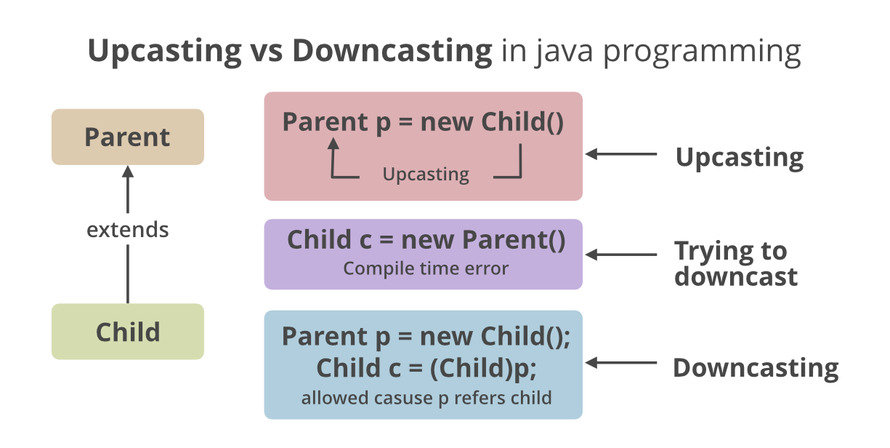