Badmod tool is an automated tool used as a CMS detector Vulnerability finder, and also auto exploiter. Badmod tool is developed in the Shell Script and is available on the GitHub platform. This tool can gather information about the target domain as Subdomains, CMS type, Reverse IP, etc. Badmod tool also checks for different types of Security flaws like dream_work manage, wp_jquery, etc. Various types of CMS are been supported by a tool like WordPress, Drupal, Joomla, etc. 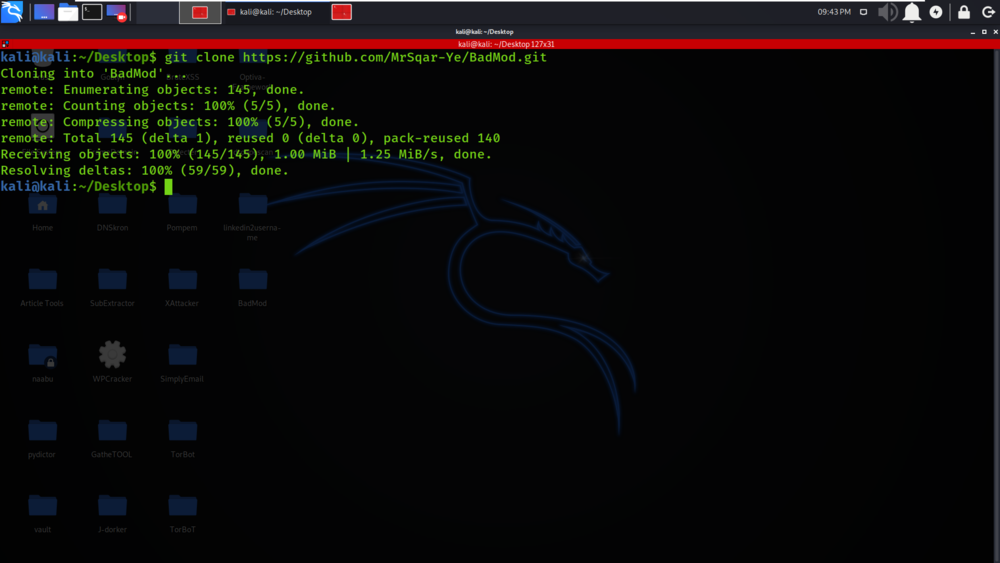 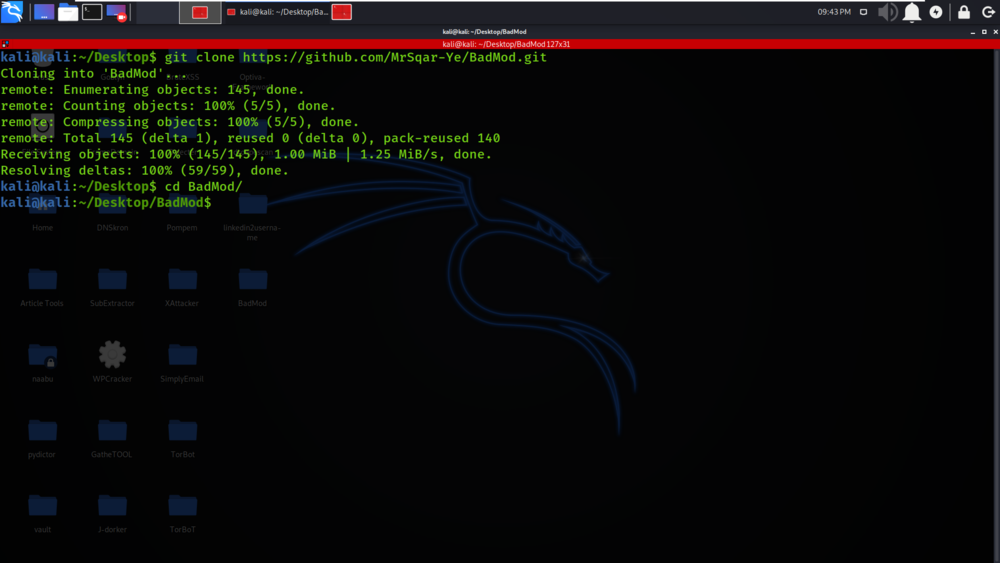 Step 3: Run the below command to change the permissions of INSTALL file. 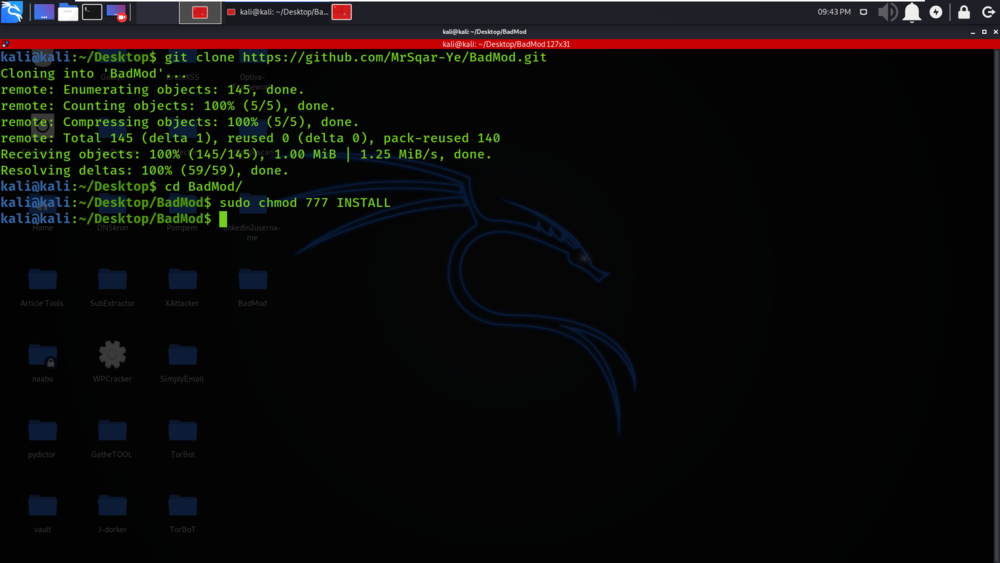 Step 4: Run the below command to install the tool. 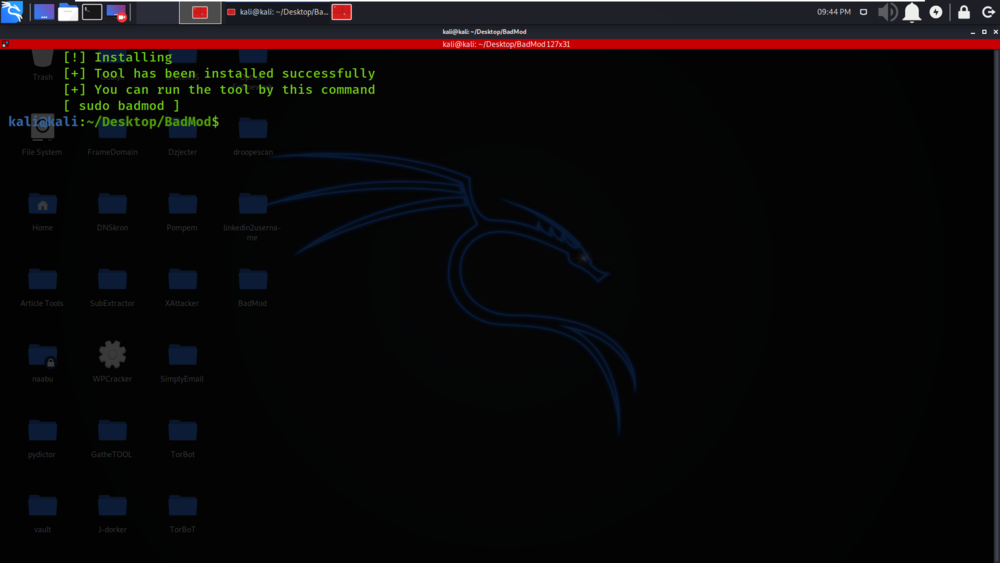 Step 5: Execute the following command to run the tool. 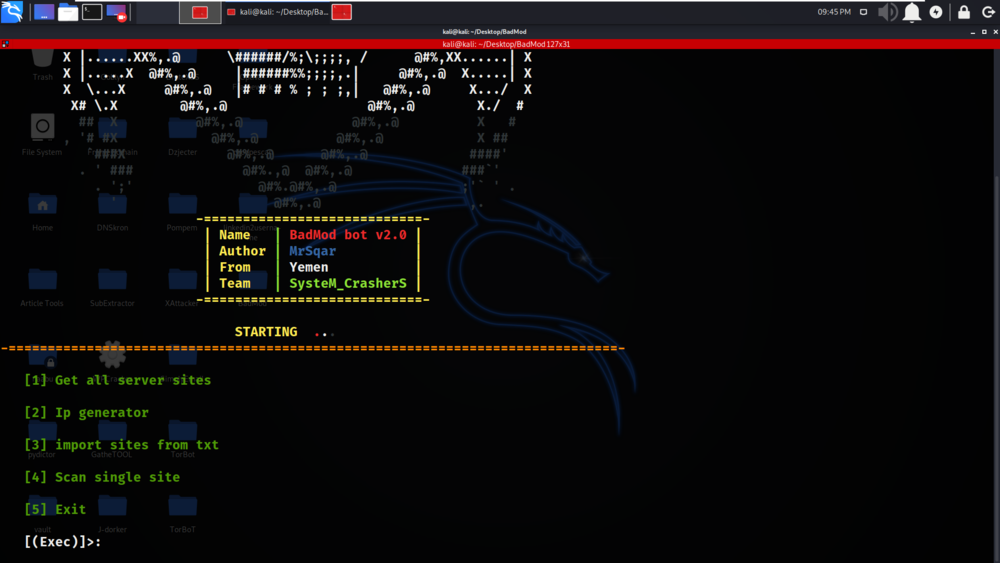 In this example, we will be generating IP addresses. 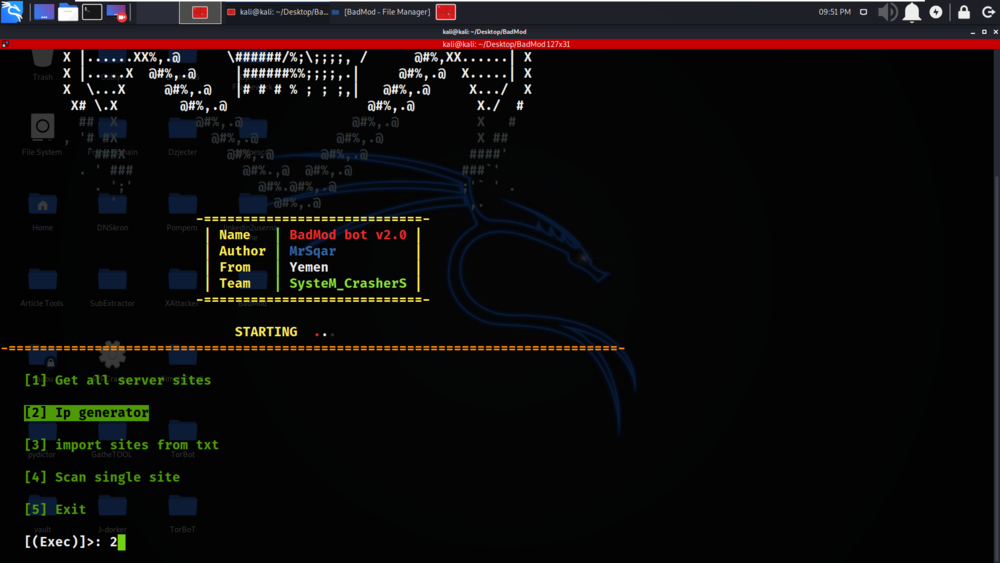 We have generated 10 different IP addresses. 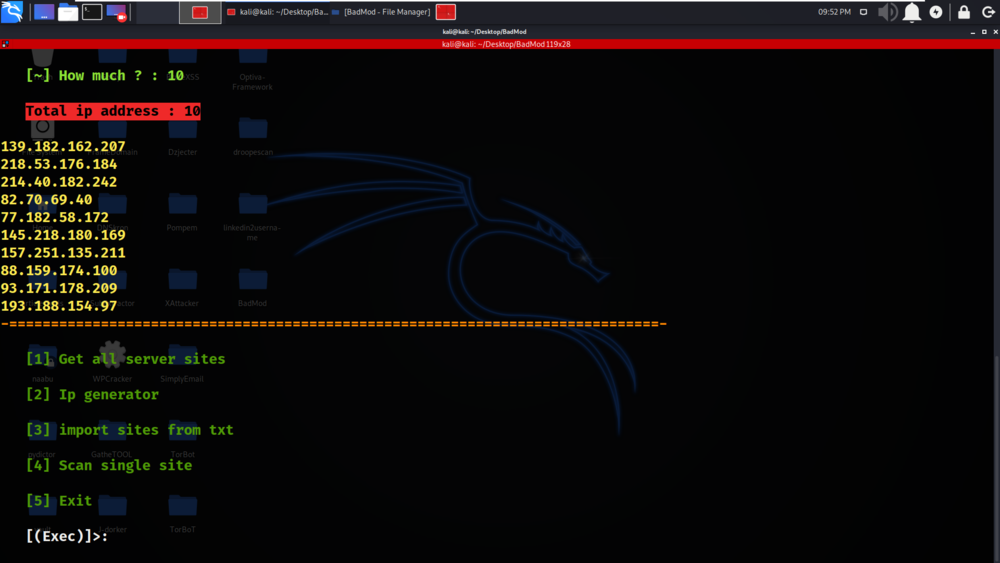 In this example, we will be scanning the target domain geeksforgeeks.org for information. 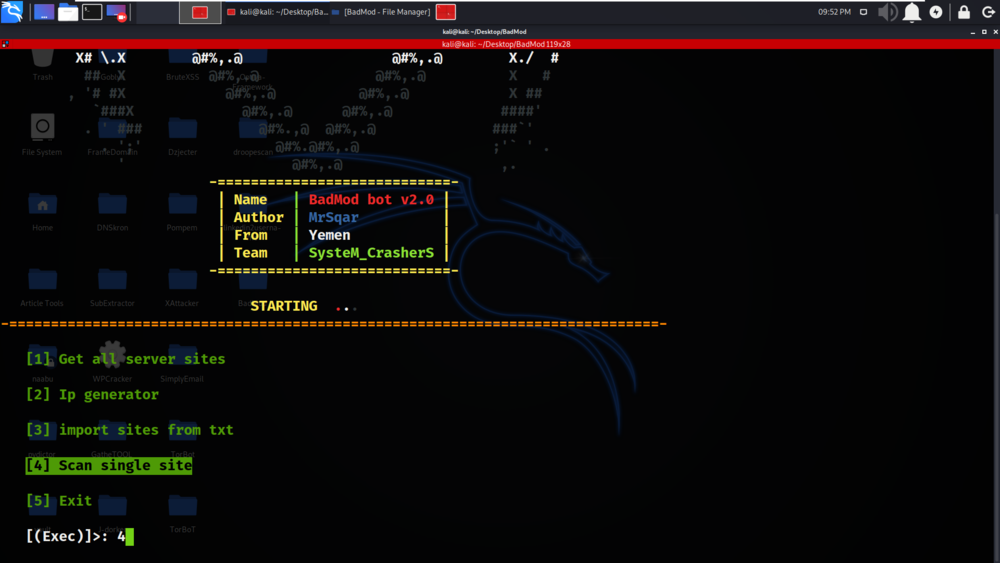 We have got the contents of robots.txt file. 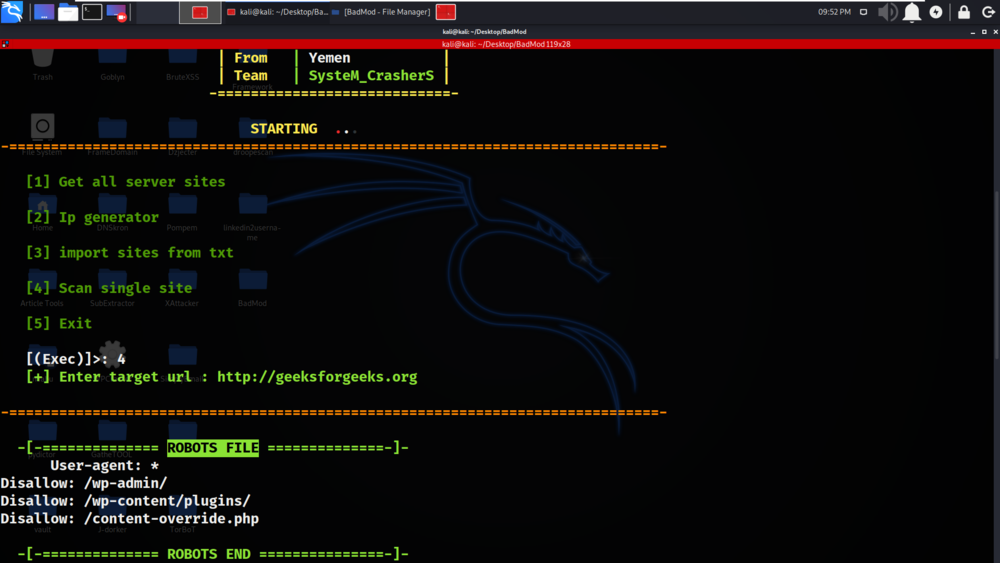 We have got the subdomains of geeksforgeeks.org and also got there IP addresses. 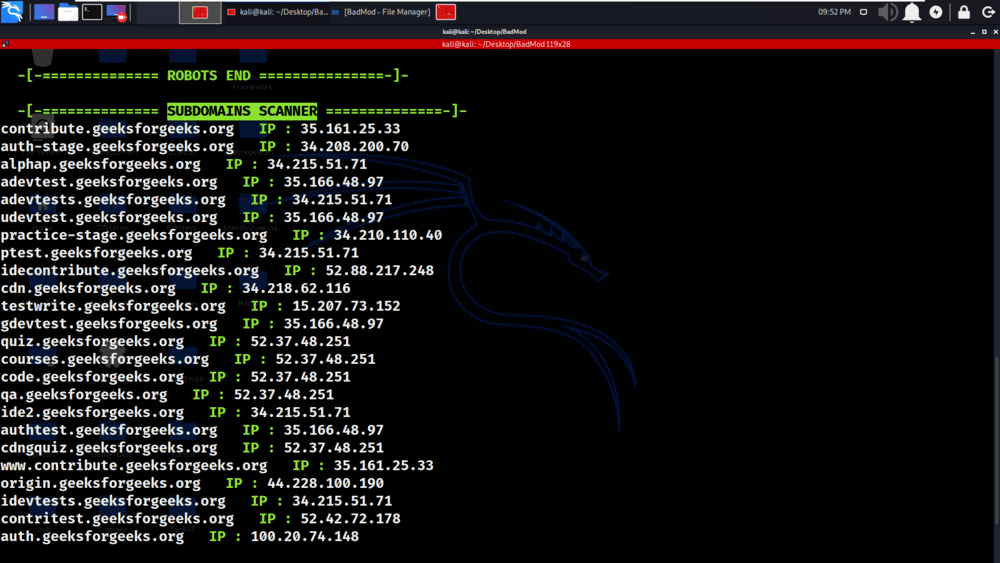 We have got the REVERSE DNS information. 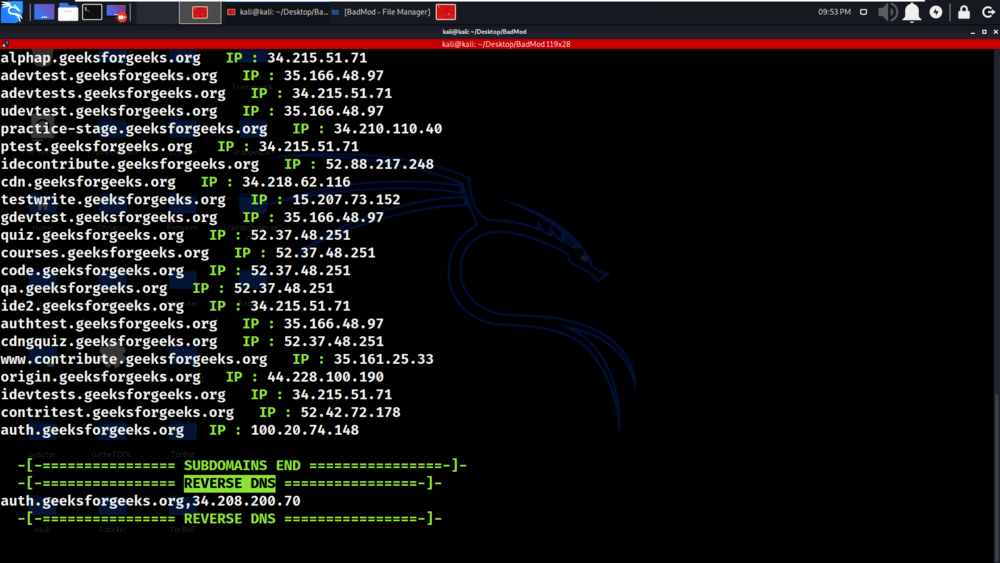 Tool is checking for Vulnerabilities which are associated with the CMS WordPress. 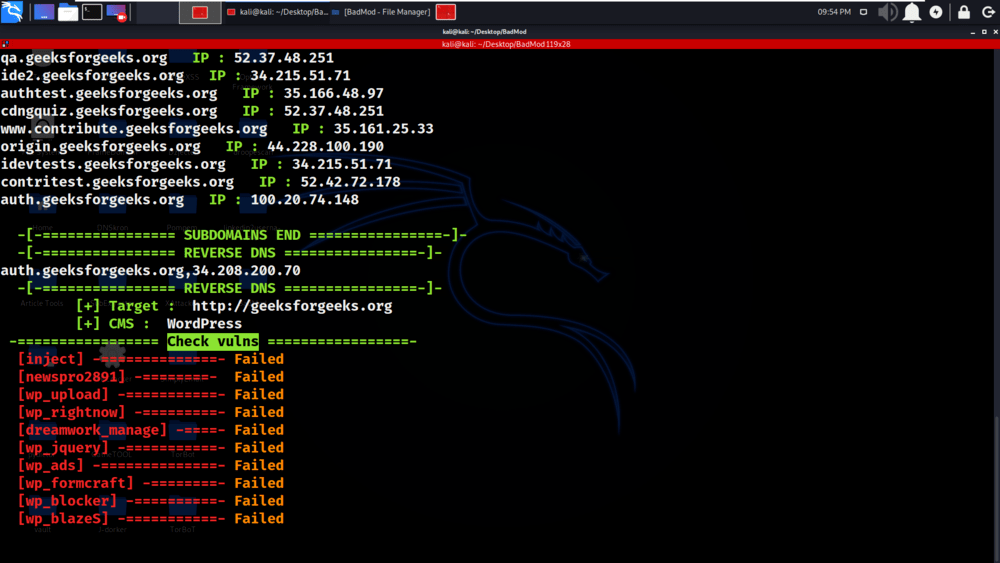