Prerequisite – Classification of Top Down Parsers
Predictive parsing is a special form of recursive descent parsing, where no backtracking is required, so this can predict which products to use to replace the input string.
Non-recursive predictive parsing or table-driven is also known as LL(1) parser. This parser follows the leftmost derivation (LMD).

The main problem during predictive parsing is that of determining the production to be applied for a non-terminal.
This non-recursive parser looks up which product to be applied in a parsing table. A LL(1) parser has the following components:

Algorithm for non recursive Predictive Parsing:
The main Concept ->With the help of FIRST() and FOLLOW() sets, this parsing can be done using just a stack that avoids the recursive calls. 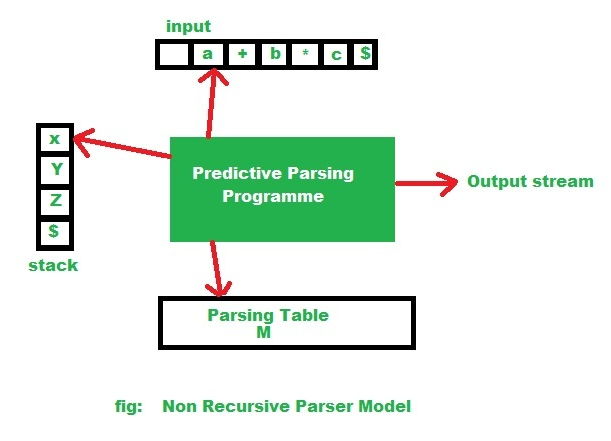