In this article, we will learn how to add a new column with constant value to a Pandas DataFrame. Before that one must be familiar with the following concepts:

To understand these above mentioned steps, lets discuss some examples : 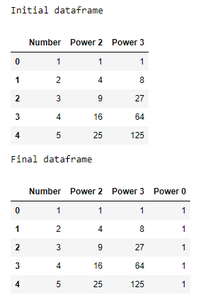