What is the Importance of Mathematics in Computer Science?

Mathematics has been the bane of many students’ lives (including mine!!!) since arguably it’s inception. On the other hand, Computer Science is quite interesting and students study it in hopes of becoming the next programming whizz-kid!!! But hold on…is it really that simple?!! No, my friends, it isn’t….Computer Science is in fact quite closely linked to Mathematics.

Mathematics is a fundamental intellectual tool in computing, but computing is also increasingly used as a key component in mathematical problem-solving. 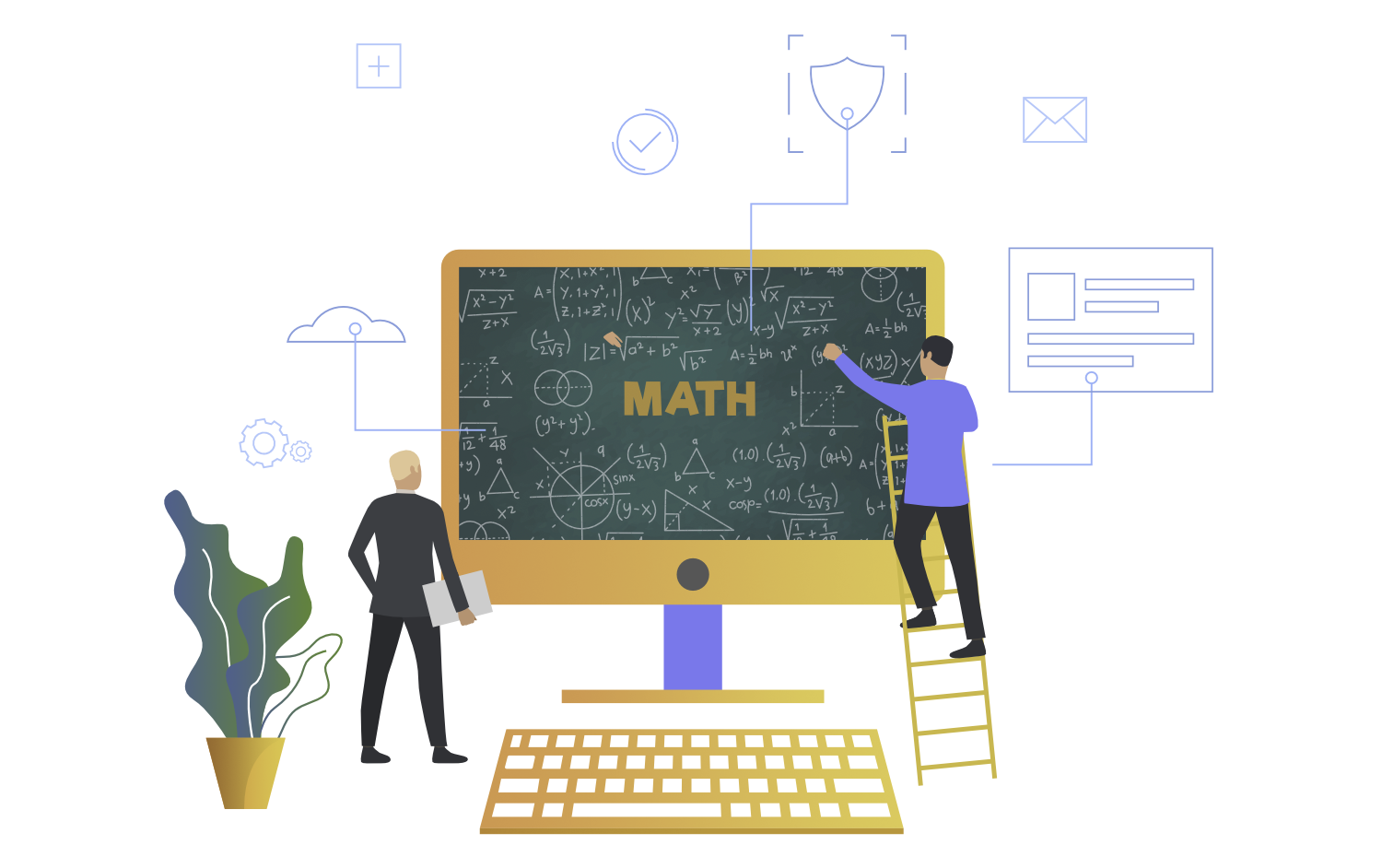 Even if Mathematics has such value…the question still stands “Why is Mathematics so important in Computer Science?” So let’s focus on that now.

Why is Mathematics so important in Computer Science?

Imagine the Burj Khalifa (Tallest Building in the world). Now, what is the most important part of this building? No, not it’s not the height (well, that too!) but mainly its foundation. If the Burj Khalifa did not have a strong foundation, it would have been fairly wobbly and much more likely to fall than stand!!

Now, in case you are wondering about this off-topic story, Mathematics is the foundation on which Computer Science is built (Burj Khalifa…get it?!). In fact, it can even be said that Computer Science is the subset of Mathematical Sciences in general. How so? Well, some points that demonstrate this are given below:

1. Discrete Mathematics is the Foundation of Computer Science

Ever heard of Logic Notation, Set Theory, Combinatorics, Graph Theory, Probability, Number Theory, Algebra, etc.? Don’t be overwhelmed, these are all a part of Discrete Mathematics and also a basic foundation for Programming and Computer Science (And that means you need to study these for Computer Science!!!).

A prime example of this is Algebra. While Boolean Algebra is used in Logic Gates, Relational Algebra is used in Databases. In case you need another example, Number Theory has multiple applications in Cryptography and Cryptanalysis. (See the importance yet?!)

2. Mathematics Teaches the Usage of Algorithms

Algorithms are a fundamental part of Computer Science and all of you must have heard of them one way or another (If not…you need to study again!!!). They are basically a set of instructions that demonstrate the implementation of a program or an application.

Analytical skills are necessary for problem-solving and data analyzation. And guess where you first use these skills? Mathematics!!! Yeah, Mathematics always forces you to analyze your equations and understand the derivation flow in case a mistake is made. This mistake needs to be fixed in order to obtain the final solution.

This provides lots of analytical skills that can be used later in finding and fixing bugs!!! Even though there are modern tools that can do this job automatically, the experience and knowledge gained about the program flow and debugging is invaluable.

4. Mathematical Concepts are Required in many Disciplines of Computer Science

Computer Science is an umbrella term that contains many disciplines like Operating Systems, Databases, Networking, Artificial intelligence, Embedded systems, Data analytics….need I go on?!!! And while there are some disciplines that you can handle with minimal knowledge of Mathematics, most of them require at least some level of competency.

Is Mathematics really necessary Computer Science? Well, some would say that it depends on the job. For Example: Creating a blog on food does not necessarily require any knowledge of mathematics. But creating a successful blog is another thing entirely. It requires a focus on audience preferences, topic popularity, article ratings, etc. And guess what…Mathematics is required for all of this.