Theory and Determinants of Demand

Individual demand for a commodity is the quantity demanded by a consumer and his willingness and ability to purchase at every possible price at a given time period. For example, Ram has a demand of 20 units per month of a commodity X at the rate of ₹50.

Market demand for a commodity is the quantity demanded by all consumers of the market, along with their willingness and ability to pay for the commodity at each possible price during the given time period. For example, there are six consumers of eggs, and their consumption in a month is 10, 20, 25, 30, 40, and 50, respectively. Hence, the market demand for eggs will be 175 eggs.

The demand for a commodity depends on various factors. These factors are as follows: 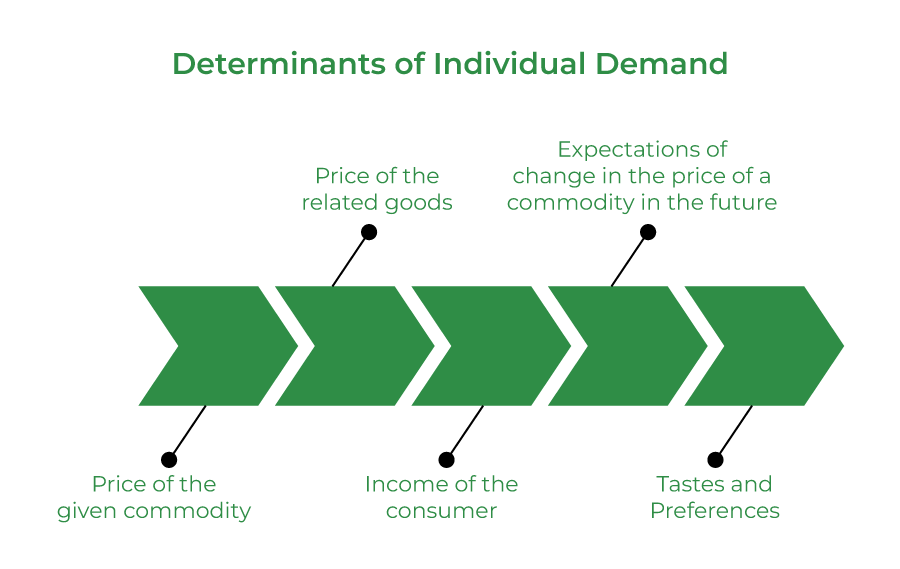 The market demand for a commodity depends on various factors. These factors are as follows: 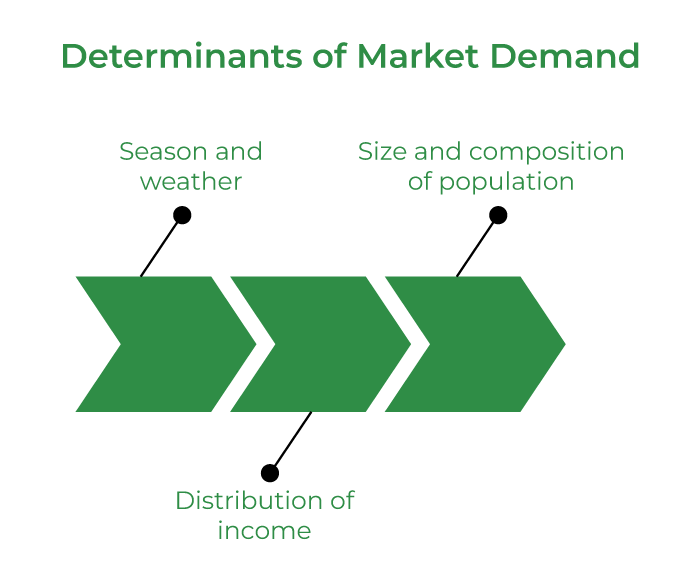