Sybil Attack is a type of attack seen in peer-to-peer networks in which a node in the network operates multiple identities actively at the same time and undermines the authority/power in reputation systems. The main aim of this attack is to gain the majority of influence in the network to carry out illegal(with respect to rules and laws set in the network) actions in the system. A single entity(a computer) has the capability to create and operate multiple identities(user accounts, IP address based accounts). To outside observers, these multiple fake identities appear to be real unique identities.

The attack is named after the subject of the book Sybil (subject’s name is Sybil Dorsett). A paper called The Sybil Attack was written by John R. Douceur at the Microsoft Research.

The model used in the Sybil Attack paper is a simple one. It consists of: 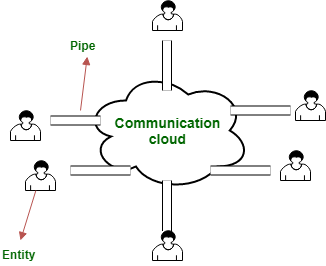 Bitcoin network uses the Proof of Work(PoW) consensus algorithm to prove the authenticity of any block that is added to the blockchain. A considerable amount of computing power is required to do the work which provides incentive to the miners to do honest work(a bitcoin reward; currently 12.5 bitcoins for every block mined) and no incentive for the faulty work. The transactions are verified by every node and rejected as invalid if faulty transactions are included in the block. A type of sybil attack, called the 51% attack is also practically impossible in the bitcoin network because of so many miners, it is very difficult for a single organization to control 51% of the miners.

Validation of identities before joining the network –

Note: Even though above techniques make it difficult to do sybil attack on the network, such attacks are not impossible.