Pandas Series.clip_lower() is used to clip values below a passed least value. A threshold value is passed as parameter and all values in series that are less than the threshold values become equal to it.

Parameters:
threshold: numeric or list like, Sets minimum threshold value and in case of list, sets separate threshold values for each value in caller series ( Given list size is same)
axis: 0 or ‘index’ to apply method by rows and 1 or ‘columns’ to apply by columns
inplace: Make changes in the caller series itself. ( Overwrite with new values )

In this example, a minimum threshold value of 26 is passed as parameter to .clip_lower() method. This method is called on Age column of the data frame and the new values are stored in Age_new column. Before doing any operations, null rows are dropped using .dropna()

Output:
As shown in the Output image, the Age_new column has minimum value of 26. All vales less than 26 were increased to 26 and stored in new column. 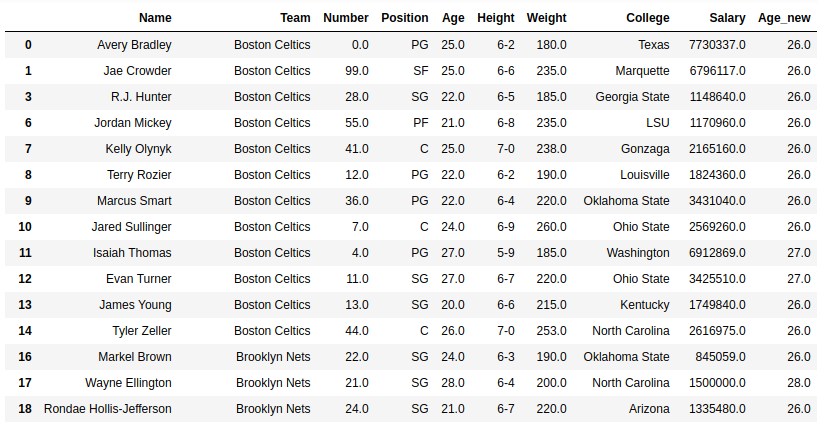 In this example, top 10 rows of Age column are extracted and stored using .head() method. After that a list of same length is created and passed to threshold parameter of .clip_lower() method to set separate threshold value for Each value in series. The returned values are stored in a new column ‘clipped_values’.