Primer CSS is a free open-source CSS framework that is built upon systems that create the foundation of the basic style elements such as spacing, typography, and color. This systematic method makes sure our patterns are steady and interoperable with every other. 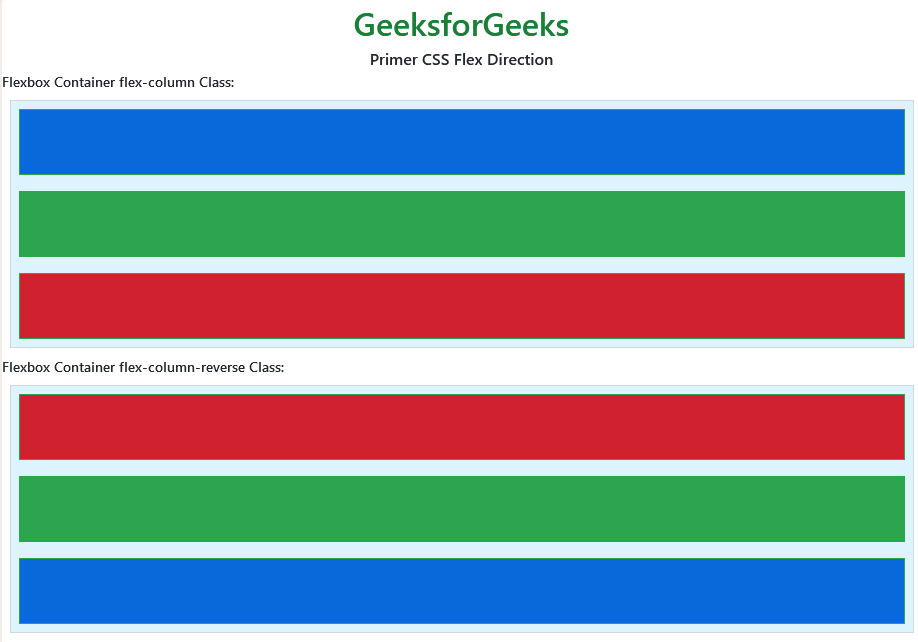 Example 2: The following code demonstrates the flex-row and flex-row-reverse classes.