Pipes and Filters in Linux/Unix

The novel idea of Pipes was introduced by M.D Mcllory in June 1972– version 2, 10 UNIX installations. Piping is used to give the output of one command (written on LHS) as input to another command (written on RHS). Commands are piped together using vertical bar “ | ” symbol.

In UNIX/Linux, filters are the set of commands that take input from standard input stream i.e. stdin, perform some operations and write output to standard output stream i.e. stdout. The stdin and stdout can be managed as per preferences using redirection and pipes. Common filter commands are: grep, more, sort.

The Options in grep command are: 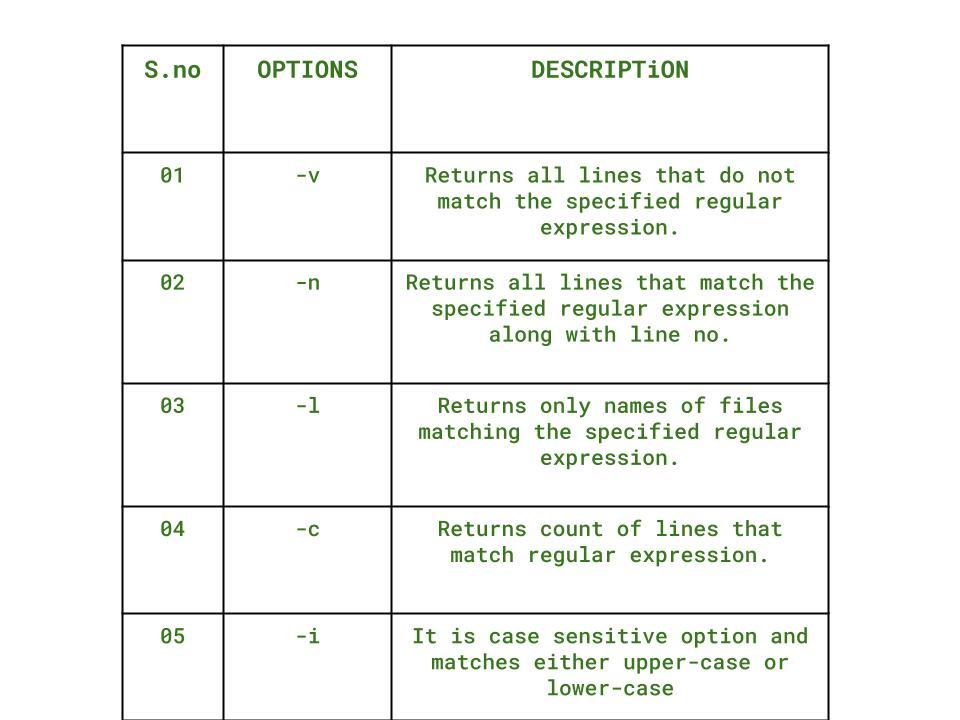 Grep command can also be used with meta-characters:

2. sort Command: It is a data manipulation command that sorts or merges lines in a file by specified fields. In other words it sorts lines of text alphabetically or numerically, default sorting is alphabetical. 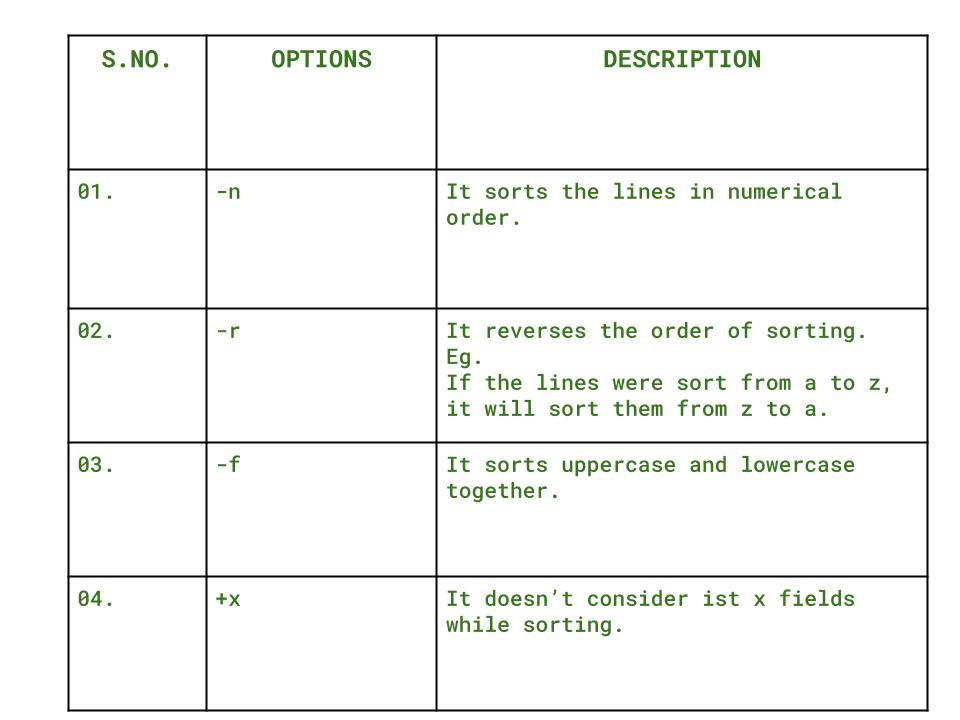 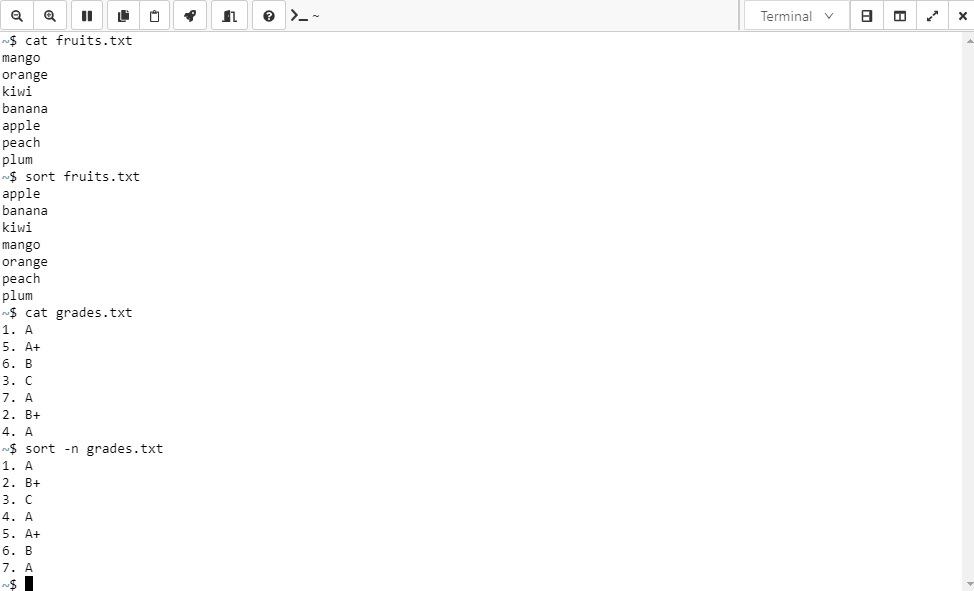 3. more Command: It is used to customize the displaying contents of file. It displays the text file contents on the terminal with paging controls. Following key controls are used:

While using more command, the bottom of the screen contains more prompt where commands are entered to move through the text.